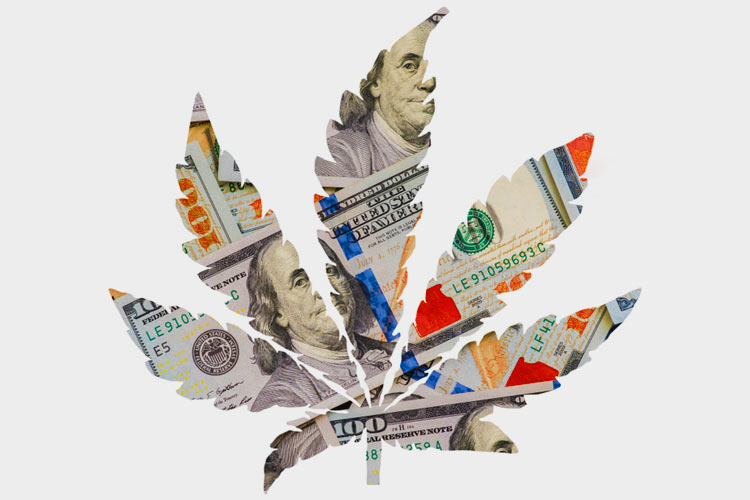 May News in the Cannabis Industry Maine Goes Lite

After voting to legalize cannabis by referendum in 2016, Maine released its draft regulations last month. It looks like Maine’s focus, among other things, is to lower the cannabis admission bar for small business owners.

But Maine’s approach may mean ignoring concepts like social equity, diversity, unionization and other principles which are incorporated into the regulatory infrastructure of other states.

Then again, in terms of ethnic diversity, Maine has a population which identifies as 95% Caucasian/White, 1.6% African-American, 1.2% Asian, and 2.2% other., and only 11% of Maine’s workforce is unionized.

For those of a legal bent, the current proposed Maine rules can be viewed here

As long as we are talking about regulatory infrastructure we thought this article in Marijuana Business Daily about “labor peace agreements” (potentially required in some states) might be a good read.

In our last update, we noted that legislators in New Jersey stated that the road to recreational use approval is gridlocked. We will have to await the outcome of the 2020 elections, where such approval will apparently be sought by NJ ballot referendum.

However, the approval process by referendum can take a couple of years.  In the meantime, NJ will try to fill the gap with legislation to expand medical marijuana and expunge cannabis convictions. Of course, the current legislative stalemate can always be broken, perhaps by out-of-state events. (Are you listening, New York? Connecticut?)  See the article in Politico

In a race to legalize recreational use before the New York legislative session ends on June 19, key legislators introduced amendments this past Friday to the cannabis bill pending from Governor Cuomo.

5. Where Is That Magic Wand When You Need It?

The California Senate passed a bill by a vote of 45-1 to allow banks and credit unions to accept cannabis business deposits and use those proceeds to pay California taxes and vendors. But it’s federal law which is the banking problem.

California lawmakers can’t simply wave a magic wand and remove THC-potent cannabis as a federal Schedule 1 drug under the US Controlled Substances Act. So, we can expect California banks to remain reluctant to engage in cannabis banking.

Old-line industries will need to adjust to the new cannabis reality.  Here is but one example: California’s Carpinteria’s Valley contains a 70-year-old avocado industry on 2,200 acres. The problem is the pesticides required for efficient cultivation of avocados are prohibited if detected, even in minute amounts, on cannabis growth.

So, aerial pesticide sprayers (helicopters, planes) have balked at spraying on avocado farms because of fear of legal suit from nearby cannabis cultivators due to inadvertent contamination. Avocado production will lessen and be more disease-prone without these pesticides.

Other industries will likewise have to change in unexpected ways as the cannabis business matures. See the article in the Santa Barbara Independent

We note (2) health studies published in the past few weeks. The first reports that cannabis use was associated with an increase in cigarette smoking, persistence and relapse. See the summary here

The second study is at the basic research stage but poses that the endocannabinoid/endovanilloid system could play a positive role in bone health, from osteoporosis to bone cancer.

We enjoyed a recent Motley Fool article on Aurora Cannabis which also includes a discussion on the differing long-term strategic goals of the largest cannabis players. Take a look and enjoy

We have no specific job posting to highlight at this time, but we want to link you to the recent article by Marijuana Business Daily which reports that jobs in the cannabis industry are generally better paying than comparable jobs in mainstream industries.

What makes this article interesting is the noted sourcing for job information. Anyone looking for employment in the industry should be regularly checking the cited job recruitment sources, namely: HempStaff, Vangst, Viridian Staffing and Glassdoor.

1. Brendan Kennedy, the 47-year-old CEO of Tilray, Inc., was the second highest paid executive in 2018 among companies traded on U.S. exchanges, according to the Bloomberg Pay Index. His $256 million compensation package trails only the $513.3 million Tesla awarded to Elon Musk.

I’d love to hear back if you have any comments, revisions, or more color to add.