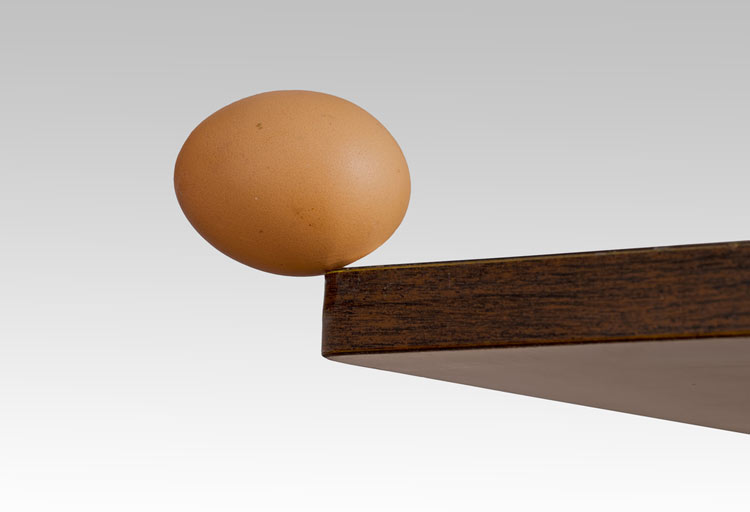 1. Is the tipping point approaching?

The “brass ring” in federal cannabis reform is the de-scheduling of cannabis as a Schedule 1 drug.  But Congress will not act in isolation. Only after a sufficient threshold of states have legalized recreational use within their own borders will the impetus exist in Washington, DC for federal reform.

Getting to the tipping point where federal reform happens has been a state-by state slugfest.  Progress has been slow but it has been steady, and perhaps the flashpoint is approaching.

Connecticut deserves special mention as the latest state to legalize recreational use.  Sales are anticipated to commence in May, 2022.  See Benzinga 6-22-21;  Recreational marijuana now legal In Connecticut.

Overall, 2021 has been a stunning year for cannabis legalization at the state level.

Since January, five (5) states:  New York, Virginia, New Jersey, New Mexico and now, Connecticut, have enacted recreational use.  About 44% of the US population now lives in a state where recreational use is, or soon will be, legal.

Rhode Island may be next up. The governor and both legislative houses favor recreational use, but differing plans need to be reconciled. Expect the issue to be taken up in September. See Marijuana Moment 6-10-21; Rhode Island marijuana legalization bill could be taken up in summer or fall;

Even in those states where resistance has been fierce, opposition is weakening.

In South Dakota, a recreational use ballot initiative was passed with 54% of voters approving.  But opposition forces, mostly Republican, had the pro-pot result thrown out in litigation.  A decision on appeal to the state’s highest court is pending, and anticipated as early as July.  But prominent Republican officials are now offering that even if the state’s Supreme Court rules against the state’s voters, the legislature will nonetheless work on a “good, center of the road proposal” See: Argus Leader 6-23-20; South Dakota lawmakers, cities warm to recreational marijuana plans.

In Montana, where a similar voter-passed initiative was challenged in court, the litigation was withdrawn as moot after the state enacted a compromise recreational use law which industry officials described as “workable.”  See: mjbizdaily 6-14-21;  Groups drop lawsuit challenging Montana adult use ballot.

Deep-Red states like Texas, Alabama and Louisiana have apparently also recognized the change in the wind’s direction in cannabis legal news in June 2021. They have or are moving to liberalize access to medical marijuana or to decriminalize marijuana possession. These measures were precursor moves in other states which ultimately embraced full-on recreational use. Will history be repeated in the Deep South?

In Mississippi, a broad medical marijuana ballot initiative was passed by voters this past November, but also thrown out when challenged in the courts. However, a recent voter survey revealed that 63% of Mississippians favor a law consistent with the rejected ballot initiative, and 52% want outright recreational use. See Marijuana Moment 6-8-21;  Mississippi voters back marijuana legalization; It remains to be seen if elected Magnolia State officials conclude that repudiating entrenched voter sentiment is a wise strategy for continued incumbency.

Talk about reaching a national cannabis tipping point, a recent scorching opinion by rock-conservative Supreme Court Justice Thomas (Yes, that guy!) may indicate that we are closer to consensus than we think.

The precise issue involved Internal Revenue Code §280E, which prohibits tax deductions for THC cannabis businesses. When the Court refused to hear the case (for the legally inclined, the Court denied certiorari), Justice Thomas blistered the paint off the walls with 5-page opinion in which he called federal cannabis prohibitions “no longer..necessary.”  Justice Thomas noted that federal cannabis policy:

“Once comprehensive [i.e., consistent]… is [now] a half-in, half-out regime that simultaneously tolerates and forbids local use of marijuana.”

Because of inconsistent application of policy over the past 16 years, the federal government should:

“..no longer have authority to intrude on ‘[t]he States’ core police powers . . . to define criminal law and to protect the health, safety, and welfare of their citizens.”

In other words, leave cannabis policy to the states. Justice Thomas’ opinion can be seen here at: Justice Thomas Standing Akimbo dissent

3. Everything old is new again

Old is literally turning new. The cannabis industry has been a godsend to those communities seeking economic revitalization and renewal. Just ask the good people of Muskegon, Michigan, a classic northern rustbelt city.  The city commissioners:

“… took areas that were heavily disinvested in and very blighted along major corridors that are easy to find…..” and induced an “…..amazing transformation…. [and] The investment doesn’t seem to be stopping…..”

“There has been rehabilitation of warehouses in the manufacturing areas, older buildings on some of our community corridors ……and it’s definitely made an impact on some of our decaying building stock in a very positive way.”

Nor are these positive developments limited to Michigan. New York just adopted its recreational use law and cannabis real estate fever is skyrocketing. Some towns are smartly wooing cannabis companies to repurpose abandoned commercial and industrial areas.

For example. the Town of Warwick, New York, located only 50 miles from New York City, was suffering from the State’s closure of the 38-acre Mid-Orange Correctional Facility, and the resulting loss of 450 jobs. How does one re-purpose an abandoned prison?

Chicago-based Green Thumb Industries stepped in with a commitment to build a massive cannabis “campus” including a $155 million, 400,000-square-foot cultivation and production hub.  Green Thumb also committed to hiring a minimum of 175 people with none making less than $50k/annum.  Sizeable government incentives were offered.  See: Vice News 4-20-21;  big-weed-is-taking-over-this-abandoned-prison;   Other cannabis businesses are planned for the campus. See The Real Deal 6-02-21; a-prison-goes-to-pot;

The irony here should be noted: A prison which housed a significant number of “drug war” inmates is being converted into one of New York’s, and maybe one of the country’s, premier cannabis business hubs.

In Buffalo, New York, West Coast based Zephyr Partners, with the help of the Buffalo Urban Development Company, plans to convert the 70-acre Lakeside Commerce Park to a cannabis campus. See mjbizdaily 4-1-21;  developers planning 70-acre Buffalo cannabis campus;  and create between 500 -1,000 jobs.  The area, currently owned by the BUDC, is a former brownfield site abandoned by its steel company owners in 1986.

The moral:  For sure, there will be stiff competition between cannabis entrepreneurs to acquire prime “flagship” real estate. But the cannabis entrepreneur should also consider investing in broken down real estate in blighted areas, where local hiring, and an embracing community anxious for economic opportunity, may make for easier partnerships in which all parties have a joint stake in success.

4. We are now surrounded

In October 2018, the Supreme Court of Mexico ruled that cannabis prohibition was unconstitutional and it directed the national legislature to create an infrastructure for legalization. The Court advised that if the legislature failed to comply then the Court would act on its own. The Court fixed a deadline of 90 days for compliance – over 2 ½ years ago.

The Court granted several extensions for the legislature to enact a legalization regimen, but the unacknowledged problem may well have been that popular opinion in Mexico was strongly opposed to legalization.  See: Mexico News Daily 11-24-29; 58% of Mexicans oppose legalization;   So, the Court was directing the legislature to oppose strong voter sentiment; always a hard sell.

Apparently, the Court finally lost its patience and, on June 28, 2021, struck down all cannabis prohibitions throughout the country.  See Marijuana Moment 6-29-21; Mexico Supreme Court strikes down marijuana prohibition.

Professional rules dictate that an attorney cannot help a client engage in illegal conduct. So, how does a lawyer represent a cannabis client who engages in a business which is legal under state law, but illegal under federal law?

Cannabis lawyers faced with this dilemma simply put their heads in the ground, ignored the question and put their faith in the hope that they will not be punished for doing their jobs in the ordinary course.  But the Supreme Court of Georgia has ripped the curtain open, and placed the issue front and center. Cannabis attorneys in Georgia may well be subject to professional sanctions if they counsel clients to engage in conduct which violates federal law. See: The Atlanta Journal-Constitution, 6-25-21; Georgia Warns Lawyers About Cannabis Work

2. California Approves $100mm Fund For Compliance.  California has long been criticized for having a regulatory infrastructure which is far too complex and expensive and which taxes its cannabis businesses too severely. In their latest regulatory yoke, each licensee must pass a mandated review under California’s Environmental Quality Act.  Apparently, the rigors of such reviews are such that California felt the need to appropriate $100mm for licensee assistance. That’s good for the licensee.  But one purpose of cannabis legalization is to make revenue flow to the state, not from it, no?

3.   71% of Gynecologic Cancer Patients Find Relief.  We usually try to steer away from cannabis health studies, pro and con, because we often find that they are agenda driven. But this study was too good to ignore.  It’s a study of 45 gynecologic cancer patients conducted by NYU Hospital and SUNY Downstate who were administered cannabis on a THC:CBD basis of 1:1, and where 71% noted life quality improvement. Please see: Ganjapreneur 6-28-21; gynecologic cancer patients find relief from medical cannabis.

That’s it for cannabis legal news for June 2021.