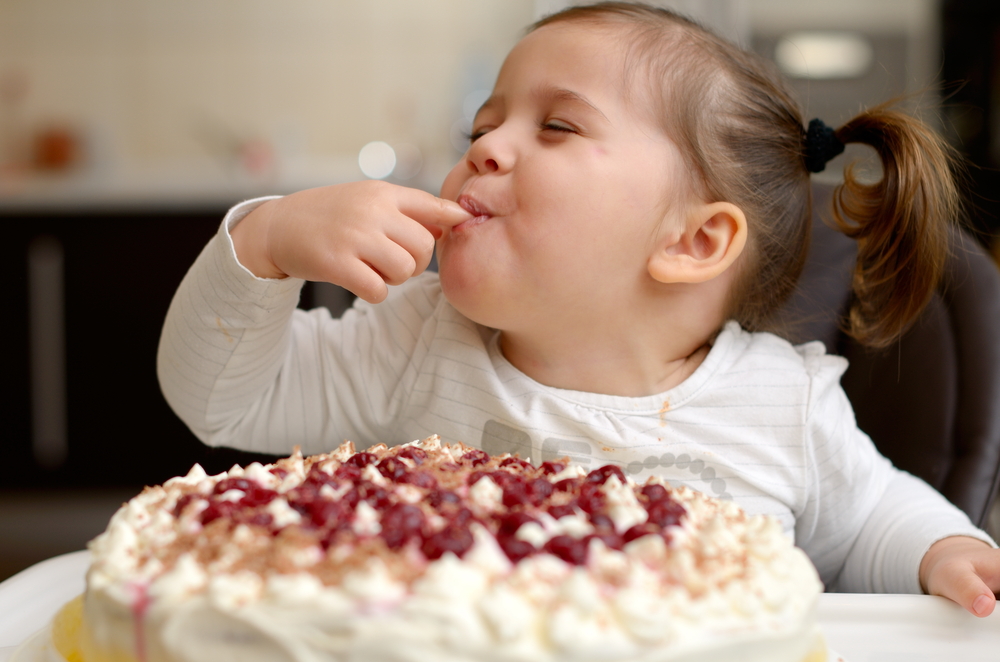 Cannabis Legal News 9/22: Having Your Cake and Eating it Too

Miss us? We have so much cannabis legal news to catch up on. So, let’s get to the good stuff.

1. Having Your Cake and Eating it Too

We start in Maine, where a potentially game-changer cannabis case came down in August, 2022.

In cannabis legal news for 9/22, Northeast Patients Group v. United Cannabis, the US Court of Appeals for the First Circuit rejected Maine’s state residency requirement for medical marijuana licenses. They argued that an in-state residency requirement was protectionist against out-of-staters, and therefore violated the US Constitution’s Commerce Clause. That follows the longstanding general rule that one state can’t create business barriers to favor its own residents at the expense of out-of-state businesses.

But, as the dissenting opinion noted, the federal government removed itself from cannabis industry when it made cannabis federally illegal. It’s like the feds are having their cake and eating it too. The feds reject participation in the industry, but nonetheless retain sufficient residual presence to passively shape certain rules. That federal presence extends to ensuring that basic federal concepts, like knocking down state obstacles to interstate commerce, still apply – and apply to shield even a federally prohibited cannabis industry from a state’s protectionist leanings.

But if state protectionist cannabis laws are void, how far do we go with that?

Will state practices such as those requiring seed to sale entirely within a state survive? Who knows?  For sure, transport between states will remain federally illegal. But after this case, will a state be able to prohibit out-of-state product from being distributed within the state – be it plants, seeds or even fully processed product – once that product passes over borders and lands within state boundaries?

Perhaps intra-state social equity cannabis laws will survive because their primary purpose is curative and corrective, and not protectionist. But again, who knows?  See: Marijuana Moment 8-18-22: Did Federal Court Open Door To Interstate Commerce?

This case may not be the final word on the subject.

The First Circuit is at the level right below the US Supreme Court and it split 2-1 on the decision. So, Maine may feel compelled to appeal to the Supreme Court. And the issues presented in the case may be like catnip to the current uber-conservative Supreme Court. Will this Supreme Court be able to resist the opportunity to slap back the reach of federal influence over the states? Stay tuned for more.

For now, keeping out-of-staters out of a state’s cannabis industry, and reserving if for in-state residents, has gotten more difficult to accomplish.

Federal legalization is the key to a mature and robust industry.

But we think that spontaneous federal action, untethered to action within the states, is a long shot. Rather, we believe that longstanding federal opposition to legalization will crumble only as more states enact adult use. Federal legislators organically switch sides to favor newly legalized cannabis industries in their own states.

So, let’s turn to the states, where the real slugfest is occurring and progress has been slow but steady.

Here in New York some 240+ farms have already received cultivation licenses, and 150 retail sales licenses have been announced for allocation throughout the state. See: Ganjapreneur 8-26-22: NY Opens Retail Licenses to Social Equity Applicants  As of mid-August, 15 processing licenses were awarded. New York officials are trying to bring all sorts of packaging, advertising, testing, etc. rules online at the same time so that the industry can efficiently function when sales commence. Enormous effort is being made, and funding location and other resources are being sought through NYS offices to ensure the first licenses awarded are for the benefit those who have been adversely impacted by the war on drugs.

In more cannabis legal news, we note that just under half of the proposed retail licenses have been allocated to New York City. (See: Marijuana Moment 8-24-22 – How Many Marijuana Shops To Be Approved In Each State Region ) with the balance of the licenses spread out over the state. That allocation is bound to exacerbate upstate vs. downstate tensions, but it’s actually close to being commensurate with population densities. Also, licensed businesses run the risk of competing with hundreds of illegal smoke shops which have proliferated all over the state over the past months due to lax law enforcement. New York City, at least, appears to have turned a page on ignoring unlicensed operations, and started the aggressive seizure of product and assets of unlicensed businesses.  See:  WPIX 8-16-22: NYC Seizes Unlicensed Cannabis Trucks;

Beating New York to the starting gate for retail sales, New Jersey already has 18 dispensaries – for both medical and adult use – throughout the Garden State, and has issued 140 more conditional licenses. The 2022 MJBiz Factbook projects that the market will generate $625mm-$775mm in retail sales this year, and $2bln+ in retail sales by 2026.  Product supply remains a growing pains issue. See:  MJBizDaily 7-27-22: Supply Concerns Overhang NJ Market

Huge strides towards adult use are being made in other states as well.

Connecticut has received 37,000 license applications for 57 licenses. Six (6) social equity candidates were advanced in the licensing process to be the first in the Nutmeg State to sell for recreational use CTPost 8-29-22: Ct Names Retail and Micro-Cultivator Social Equity Candidates.

Rhode Island became the 19th state to legalize recreational use, with sales contemplated in 2023-2024.  Retail sales are projected to start in Vermont on October 1. Sales are bustling along in newly created industries in Arizona, New Mexico, Maine, and even in Montana.

But legalization has also had its setbacks this year.

For example, Delaware’s Democratic governor vetoed an adult-use bill for the First State. Nebraska was unable to qualify a voter referendum for this November. New Hampshire’s Senate voted down legalization bills.  And hopes for an easy path to a recreational use market in Virginia faded with a switch from Democratic to Republican control of the Virginia House and Governorship in 2021. See: MJBizDaily 8-22-22: VA Cannabis Firms Expand Medical Amid Adult Use Uncertainty

Nonetheless, in Georgia, a non-binding referendum in May, 2022, turned out voter approval for a Peach State adult use market by an astounding vote of 80%-20%. See:  Marijuana Moment 5-25-22:  GA Voters Approve Non-Binding Adult Use Cannabis Ballot

In July, Texas Agriculture Commissioner Sid Miller (R) decried cannabis prohibition, stating that “…cannabis prohibition came from fear [and is]..as anti-American in its origins as could be imaginable.  Today, in the 21st century, this must end.”  Whoa!!!  This was Texas! the motherlode of Red States (even though Commissioner Miller could not bring himself to endorse recreational use). See  Ganjapreneur 7-18-22: Texas AG Commissioner Calls For End of Cannabis Prohibition

Overall, state-level progress is going in the right direction, even if accompanied by occasional reverses.

But for now, recreational use legalization exists in only 19 states, and that’s simply not enough grassroots support to induce Congress to enact reform on a national scale. With a few more states under our belt, particularly, if they are Red States, will things begin to turn in Washington? We expect so.

3. Time for Voters to Speak

November is coming and there are a number of cannabis voter referendums on the state ballots.

To mention a few:

Referendums are on the November ballot for Maryland and Missouri which, if approved, will pave the way towards recreational use markets in those states.

In Oklahoma, 117,000 petition signatures were verified by the Sooner State’s Secretary of State, where only 94,000 signatures were required to place recreational use on the ballot. But there may not be enough time to complete the required referendum vetting process to allow the initiative to be placed on the ballot in time for November. See: Tulsa World 8-23-22: Oklahoma Ballot Qualifies But Maybe Not In Time For November

In Arkansas, a proposed referendum to amend the state constitution to allow for recreational use obtained the requisite signatures and state approvals for ballot placement. But litigation commenced, and questions likewise exist as to whether roadblocks can be cleared in time for a November vote. See: MJBizDaily 8-26-22: Arkansas Cannabis Ballot Measure Goes To Court  Opposition has unexpectedly sprung from unanticipated places in the Natural State as some long established pro-cannabis advocates opposed the initiative as a thinly veiled money grab by existing medical licensees. Marijuana Moment 8-17-22: Opposition To Arkansas Ballot From Surprising Places

By a solid margin (54%-46%), South Dakota had already approved adult use by ballot initiative in 2020, only to have the vote invalidated by a legal challenge facilitated by Republican Governor Noem.  Not easily frustrated, industry advocates placed a new, and narrower, adult use ballot initiative before Mount Rushmore State voters for a second shot this November. This time around, Governor Noem is running for re-election and, not surprisingly, she has tried to modify her past opposition with public statements far more supportive of adult use. See Marijuana Moment 8-23-22:  South Dakota Governor Softens  Opposition to November Ballot?  However, recent polling, if accurate, seems to have thrown cold water on the initiative’s chances for success.

All in all, industry advocates have plenty of reasons to be glued to their television sets this coming election night.

I’d love to hear back from you at doug@wassruss.com if you have any comments, revisions, or more color to add.

Please feel free to forward to anyone who may find cannabis legal news of interest. And if you know anyone who wants to receive directly, then have that interesting party give us a holler!