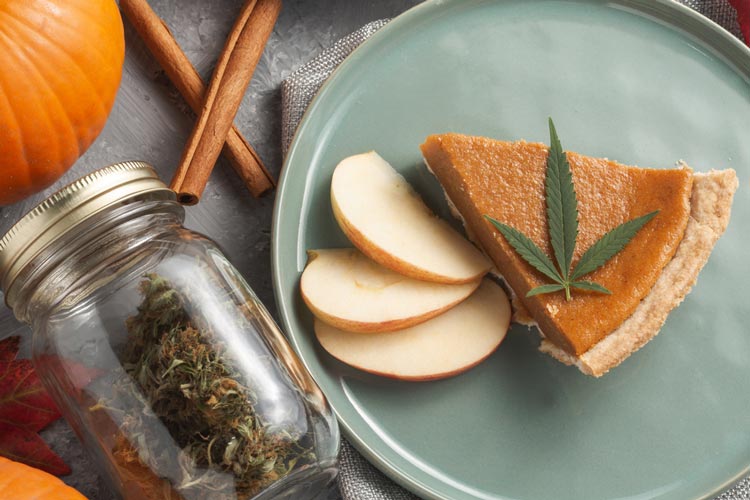 Another summer is gone and autumn is here. As the seasons turn, let’s talk cannabis legal news!

How we can resist starting this cannabis legal news update without a plug for a cannabis podcast hosted by none other than famed astrophysicist, Neil DeGrasse Tyson?

Ostensibly, the purpose of the podcast was to discuss the cannabis-based disqualification of world-class sprinter, Sha’Carri Richardson, from the Tokyo Olympics this past summer, and to challenge whether her cannabis use, legal in Ms. Richardson’s home state of Oregon, was truly performance enhancing (Spoiler alert: It’s not!) See Benzinga 9-15-21: Olympic Cannabis Ban To Be Re-Examined After Sha’Carri Richardson’s Disqualification

Mr. Tyson was joined by comedian Chuck Nice, former soccer player, Gary O’Reilly, and, particularly, Dr. Staci Gruber, director of the Marijuana Investigations for Neuroscientific Discovery (MIND) program at Harvard-affiliated McLean Hospital.  The podcast quickly morphed into an excellent primer on cannabis in general – a little science, a little history, a little politics, a little controversy (Tyson’s Reefer Madness remark about Joe Biden at 35.15 received some media play) and a lot of fun. We recommend it to you. Link to it here on YouTube 9-3-21: Reefer Madness: The Science of Marijuana with Neil deGrasse Tyson.

In what should mature into the second largest domestic US market (after California) the New York/New Jersey/Connecticut tri-state area has shaken off its cannabis doldrums and is charging full steam ahead – sort of.

In New York, all things cannabis were stalled as an unfocused former Governor Andrew Cuomo found himself drowning in personal scandal. But he is now out, and his successor, Governor Kathy Hochul, looks to be running on her own for the governorship of the Empire State in 2022.  The implementation of an already enacted law (the “Marihuana Regulation and Taxation Act”) should be an easy lay-up for her, and her execution may be a closely watched litmus test of her executive abilities.  Long-delayed appointments to New York’s Cannabis Control Board have finally been made, but much work needs to yet happen – and frustration with the slow pace of performance is starting to gather.  See Channel 6 RGB News Albany 9-13-21:  New York Still Without a Cannabis Industry.

While New York lumbers along, it eats New Jersey’s dust as the Garden State races to open recreational cannabis sales in compliance with strict and fast approaching statutory deadlines. The state’s Cannabis Regulatory Commission offered its first set of regulations on August 18, 2021, and was required to start accepting license applications 30 days thereafter.  But the license application deadline has been delayed, though maybe not by much.  Watch the New Jersey Register for the new filing acceptance date. See NJ.Com 9-18-21: NJ Commission Misses Deadline.

A big issue for the Garden State, is that some 71% of jurisdictions have opted out of allowing cannabis sales within their borders, at least for now.  It may be temporary hesitation, at least until zoning and other regulatory issues are resolved.  Or maybe the jurisdictions are not yet ready, but even if the CRC opens up for license application submissions in short order, things may still be opaque for applicants until more jurisdictions jump onto the bandwagon.  See: Marijuana Moment 8-23-21: Why Most New Jersey Municipalities Are Banning Marijuana Shops.  The moral of the story:  Get to know your location, even if local authorities are ostensibly on record as against cannabis sales in their districts.

Connecticut enacted its cannabis statute on June 22, 2021 anticipating that recreational sales would commence in mid to late 2022.  The Constitution State’s Department of Consumer Protection has the responsibility for creating a regulatory framework for sales.  Though a little dated, we liked this timeline prepared by WVIT-TV – NBCConnecticut.com on July 1, 2021: Connecticut timeline.  The state created its own dedicated website to keep the public informed as to progress (See: Official Connecticut Cannabis Website) but not much has been posted in the past month.

And while we are in the neighborhood, we note that in Rhode Island all vested parties believe that an authorizing cannabis law is inevitable, and maybe soon. See Marijuana Moment 9-20-21: Rhode Island “Very Close” on Marijuana Legalization.

The Round-Up In Other States

Let’s do a quickie round-up of interesting cannabis legal news 9/21 in the other states. In no particular order:

But growing pains remain as the Golden State’s industry continues to struggle in its shift from illegal to legal sources.   In Los Angeles County, the largest bust ever of an illegal operation occurred, netting 373,000 plants with a street value of over $1bln.  See: Associated Press 7-2-21: $1B In Illegal Pot Seized.

Cannabis sales continue at a breakneck pace in other states. For example, Maine sales hit an all-time monthly high of $10.2mm in August 2020.  Illinois August sales exceeded $100mm, the 6th month in a row in which that milestone has been surpassed.  Massachusetts recreational sales have passed the $2bln mark since the program started in November 2018.   Michigan cannabis sales broke another record in July, 2021 with more than $171 million in cannabis transactions.  And Arizona collected more than $20mm in cannabis tax revenue just for August, 2020.  See Marijuana Moment 9-10-21: Arizona Marijuana Tax Revenue Exceeds $20 Million In August.  Going against the grain is Colorado (of all places!) where $202mm in cannabis sales in July, 2021 represented a 10% drop from July 2020 sales.  Nonetheless, at the current pace the Centennial State is still expected to notch an annual record $2.3bln in 2021 sales. See the Center Square 9-13-21:  Are Colorado Sales Slowing?

The ballot box has been invaluable in overcoming obstacles to cannabis reform. So, work is proceeding on 2022 voter referendums for recreational use in Florida, Maryland, New Hampshire, Nebraska, Ohio, Arkansas, Missouri and even South Dakota, whose Supreme Court has yet to rule on a challenge to the 2020 ballot approval by voters in the Mount Rushmore State.

Tension Between the Feds and the States?

Federal reform on cannabis is the pot of gold at the end of the rainbow. For sure, we are not there yet – at least not until a cannabis law can win 60 votes in the US Senate. But a simmering tension between federal and state policies may result unless the federal government legalizes recreational use in a deliberate and judicious manner.

Some of the more comprehensive comments were submitted by the Marijuana Policy Project (See:  MPP Comments on the COA Discussion Draft)  Among other notable comments was the fear by the MPP that a liberal policy of free and open interstate cannabis commerce – long a goal of industry participants- might ironically enable large and well capitalized multi-state operators and cultivators to steamroll over small and undercapitalized in-state entrepreneurs, especially minority owned and social equity businesses carefully incubated and promoted by individual states to advance economic opportunity.   See also: Vanderbilt Law Research Paper No.21-23  8-23-21; “Legalization Without Disruption: Why Congress Should Let States Restrict Interstate Commerce in Marijuana”;

One of our favorite cannabis columnists, Alex Halperin of WeedWeek (a must read!) has expanded to include a job board. Take a look at: WeedWeek Job Board

Looking for some LinkedIn networking in the Cannabis space?  Fresh Toast had some suggestions on July 8, 2021.  Your favorite Group may not be on the list, but it’s worth a look-see.  See: Fresh Toast 10 Best LinkedIn Cannabis Networking Groups;

Please feel free to forward to anyone who may find cannabis legal news of interest. And if you know anyone who wants to receive directly, then have that interesting party give us a holler!