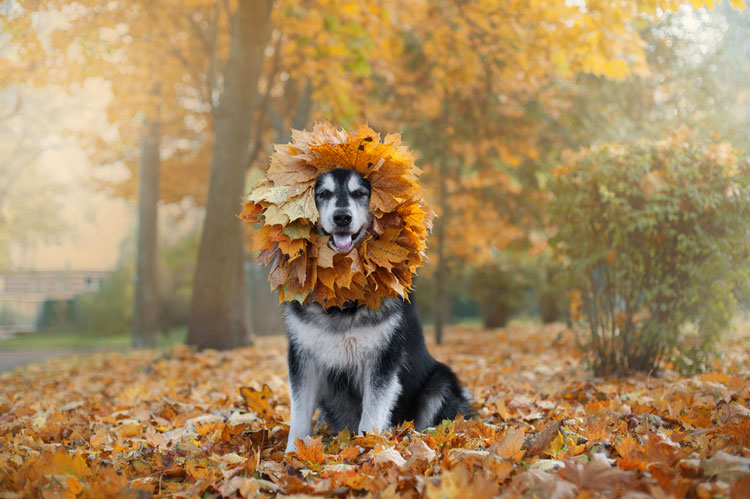 Autumn has arrived, election day is approaching and cannabis is stealing our attention.

President Biden stunned with an unprecedented pro-cannabis message this month.

But let’s take a hard-headed look at the announcement.

First, in cannabis legal news 10/22, Joe announced pardons for people convicted of marijuana possession under federal law. That’s what made the headlines. But to put it into context:

Second, Joe announced a review of cannabis scheduling under the Controlled Substances Act of 1970.  This is potentially game-changing.

Likely, the cannabis industry would want cannabis to be rescheduled, at most, as a Schedule V drug, akin to over-the-counter distribution like some cough preparations, or better yet, as a noncontrolled substance altogether like alcohol or tobacco.  See:   MJBizDaily 10-14-22: How Rescheduling Could Affect The Cannabis Industry . So, the true promise of this reform will be where cannabis lands after a scheduling review; either higher among the 5 schedules of controlled substances, or entirely outside the controlled classes of drugs.

To that end, it’s worth noting that Joe’s 2020 campaign promise was to reschedule cannabis from a Schedule I to a Schedule II controlled drug. Marijuana Moment 1-20-22: Biden’s Marijuana Promises 1 Year In .

A Schedule II substance is defined as a drug with some medical benefit but which still carries a high potential for abuse, with such use potentially leading to severe psychological or physical dependence.

Joe’s prior declarations would insert cannabis into the same controlled drug class as cocaine, opium, fentanyl and Oxycontin.  Obviously, that’s still egregiously mistaken.   Will Biden’s political subordinates have the courage to overstep their boss’s public posture on rescheduling?

If not, then as a Schedule II controlled drug, cannabis business operation expenses would still not be deductible under 280E of the Internal Revenue Code.  Banking restrictions might marginally loosen.  See Banking Dive 10/7/22 Banking Dive 10-7-22: De-scheduling And Cannabis Banking

Nonetheless, we are not unappreciative of the Biden announcement. We recognize that this is the first time any US President has asserted a pro-cannabis position and the political consequences can be earth-shaking.  If taken in conjunction with the potential passage of several upcoming state cannabis ballot initiatives, it could make for a material change in the national cannabis conversation.

Action in the States

We turn to progress occurring at the state level since our last Cannabis Legal News report.

Here in New York movement is happening behind the scenes… hopefully. 903 conditional adult use retail dispensary (CAURD) applications were received for an initial tranche of 150 licenses. The program is intended for certain social equity candidates to give them first dibs on the retail market before the marketplace generally opens to all comers.  Public financial and real estate support for CAURD applicants has been promised.

There is some confusion as to when actual New York legal sales will commence.  Governor Kathy Hochul publicly opined that some 20 dispensaries should open by the end of 2022.  But cannabis regulators are more circumspect.  They project that dispensaries should start opening in the first or second quarter of 2023. Syracuse.com 10-12-22: NYS Cannabis Czar Answers Questions About Timeline

New Mexico reports that after 6 months of recreational sales, over $135mm of product has been sold and over 1,500 cannabis licenses have issued.  In the Land of Enchantment, that works out to one cannabis license per 1,406 residents.  That rate, if applied to New York’s 19mm residents, would yield over 13,000 cannabis licenses for the Empire State – we’re just saying.  KRQE News 10-7-22: 6 months In For New Mexico Cannabis

And while we are talking about reported sales in the states:  Illinois sold over $1bln of product in the first 8 months of 2022, representing a 16% year-to-year increase over 2021.  Ganjapreneur 9-8-22: Illinois Has Sold $1B Worth of Cannabis So Far This Year    Nevada saw nearly $1bln in cannabis sales for its latest fiscal year (July 2021- June 2022), but this represents a 4% reduction in year-to-year taxable sales.  Ganjapreneur 10-5-22: Nevada Sees Nearly 1bln In Annual Cannabis Sales  Michigan sales broke another monthly record in September with $212mm in volume.  Marijuana Moment 10-14-22: Michigan Marijuana Sales Hit Another Monthly Record.    And, Vermont opened for recreational sales on October 1, but few stores are operating at this time.  We’ll check in on the Green Mountain State in 6 months.  WCAX3 9-29-22:  Few Store Set To Open in Vermont

On the state ballot front since out last report: Oklahoma failed to timely certify its referendum for November.  However, Republican Governor Kevin Stitt scheduled a special election on the initiative to occur on March 7, 2023.  Marijuana Moment 10/18/22: Oklahoma Announces Special Election   Arkansas’s initiative has qualified for a November vote.  Note that the proximity of Arkansas and Oklahoma to Texas, the motherlode of Red States, makes these initiatives important ones to watch.   South Dakota public polling continues to show a lessening of support for adult use in the Mount Rushmore State. And, polls show that eligible Maryland voters favor their adult use ballot initiative by a margin of 69%.

Though not a US state, we note developments in Bermuda; a UK territory where new laws require “Royal Assent” from the UK assigned governor.  It all sounds very colonial times/British Empire-ish.

In 2022, Bermuda enacted a cannabis law but the UK directed its Royal governor to reject the bill.  The result was not pretty.  The Bermuda Assembly Speaker called out the action as “an insult” and “abuse of power, dictatorship and injustice to the people.”  It was not a promising start for a new King Charles III, even as some Caribbean basin countries are already using the Royal transition as an opportunity to abandon membership in the UK Commonwealth.  MJBizDaily 9-8-22:  UK Rejects Bermuda Cannabis Bill

The lawyers may be happy

In a sign of a maturing industry, cannabis litigation has branched out into multiple legal areas.

Reuters Legal News tracked trends in national and state cannabis claims for the first 6 months of 2022 here:  Reuters 7-14-22: Emerging Trends in Cannabis Litigation  (Watch out for a possible soft paywall.)

Two cases grabbed our attention this month in cannabis legal news 10/22 for the national issues raised.

The first case is a challenge to New York’s CAURD program, in this case, requiring that a dispensary applicant have a New York cannabis conviction.  The obvious purpose of the requirement is to help compensate the applicant for the injuries suffered by the Empire State’s enforcement of the War against Drugs.  See: Grown In 10-12-22: New York Gets First Residency Challenge

The challenge comes from an applicant with a Michigan cannabis conviction, who claims to have all the other qualifications for a CAURD license, including a New York presence.   It was no surprise that the challenger echoed the arguments contained in the recent ruling of the US First Circuit Court of Appeals, which threw out Maine’s residency requirement for a medical marijuana license, holding that a residency requirement violated the US Constitution’s Commerce Clause.

And that raises the key questions. To what extent can a state allow its own internal cannabis rules favoring its residents at the expense of out-of-staters?  Does the US Constitution allow for such in-state favoritism?  Can the Feds overrule a state regulation affecting an industry from which the Feds voluntarily withdrew because of federally illegality?

The second case is a simple rent collection action but could be much more than that.

Thor Equities, a reputable landlord, sued MedMen in New York federal court for almost $1mm in back rent for premises leased by the troubled multi-state operator in Chicago.  MedMen asserted a defense of federal illegality under the Controlled Substances Act of 1970, arguing that a federal court cannot promote illegal behavior by awarding relief to a party in a cannabis case. MJBizDaily 10-5-22: MedMen Uses Cannabis Federal Illegality As Rent Defense

Federal courts have been on both sides of this question when cannabis was involved.  Early thinking was that federal courts could not engage in federally illegal cannabis litigation.  But as more states legalized cannabis, and commerce in the product became more commonplace, the federal courts stretched to find a way to adjudicate cannabis cases.  For example, the Southern District of California held in December, 2021, that a federal court could award money damages for a breach of a cannabis contract. That Court argued that it was not promoting federally illegal behavior if all the Court was doing was awarding simple money damages.   Squire Patton Boggs- Restructuring GlobalView 1-22-22: Cannabis And District Courts

We’ll stay tuned on these cases.

The death of Lorna McMurrey, a Massachusetts cannabis cultivation worker, from kief inhalation, hit the cannabis industry like a sledgehammer this past month. Actually, Ms. McMurrey died back on January 7, and her death had been very much the subject of local discussion.  The national community took notice from a September podcast from The Young Jurks.  Listen here: The Young Jurks 9-25-22: Holyoke Cultivation Death Raises Questions