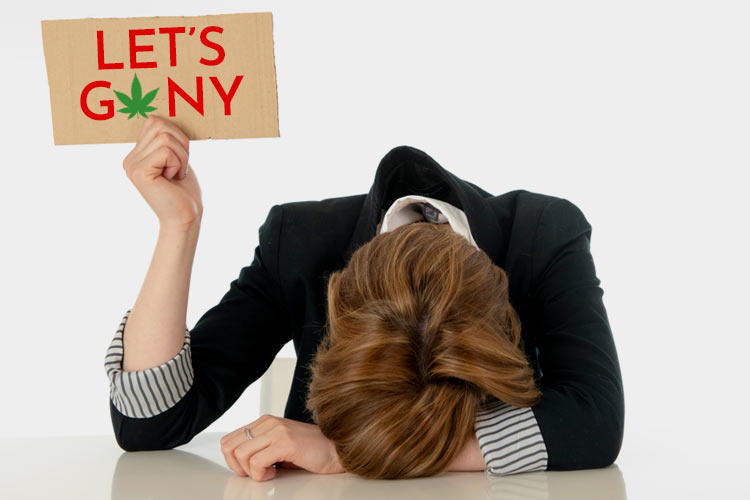 We were waiting on June Cannabis news to see what happens in New York. Even though we’ll know about New York any day now, we can wait no longer. What we do know is there is growing frustration in the tri-state area and good news in Illinois.

No question we are NY-centric on these updates, but credit must be given where due. Kudos to Illinois for introducing, passing and signing a recreational use bill into law in no time flat, even though the bill, when introduced, was 552 pages long. In contrast, the Mueller Report is a mere 448 pages.

Social equity applicants will receive preferential “points” on their application and access to potential financing.  Communities will have the ability to opt-out. And be mindful: 552 pages of law means tons of rules and technicalities to comply with in your application.

The Colorado Department of Revenue said in a statement that since 2014, recreational use has generated cannabis tax, license and fee revenue of almost $1.02 billion, while product sales have exceeded $6.56 billion. Government revenue appears to be solidly ensconced in the mid to high $200mm range every year. And tax revenue will likely increase as Colorado eases delivery restrictions and considers hospitality licenses.  See the report here

Moreover, this does NOT count tax revenue from employment, hotels, restaurants, transportation and the myriad of other businesses which benefit from the economic ripples generated by the cannabis industry splash.

It’s been a frustrating time for Cannabis news in the tri-state area.

Connecticut, which looked promising only weeks ago, ended its legislative session with no recreational use law. Learn more here

New Jersey, still did not pass a recreational use bill and, instead, is expanding medical marijuana almost to the point of “de facto” recreational use. New Jersey intends to expand medical licenses from the current 6 to 108 licensees and has published a “Request for Application” (an “RFA”) for these licenses. Licenses will be accepted from July 1, 2019 through August 15, 2019.  See more info on NJ.com

4. New York is where politics has always been opaque.

With only days left before the legislative session ends (Wednesday, June, 19) most reports indicate that cannabis reform is held up by only two (2) votes in the 63 member New York State Senate.

Will they or won’t they?  Pessimism turns to optimism, and vice-versa, on an hourly basis, giving frustrated observers emotional whiplash. See The Democrat and Chronicle here A final bill is rumored for release by the end of Sunday, June 16.

5. You Work In A State Legit Cannabis Biz? The Feds Hate You.

We’ve previously reported how folks working in their State’s sanctioned and approved cannabis businesses are considered morally corrupt by Federal agencies who view these individuals as violating the Controlled Substances Act. Federal resistance to those individuals’ eligibility for Federal programs follows.

The latest outrages come from our military establishment.

And then there is the story about 36-year-old retired U.S. Army Major Tye Reedy, with 4 Bronze Stars earned in Iraq and Afghanistan.

Reedy is the director of operations services at Acreage Holdings, one of the world’s largest cannabis companies (and anticipated to be purchased by Canopy Growth.)

Major Reedy was stripped of his job as a part-time military academy liaison officer.  This position was originally given to help Major Reedy bridge the gap to reach his 20-year service threshold and receive a pension—a common practice.

But in this case, the Army advised Reedy that because of his cannabis job, he “… bring[s] discredit upon the U.S. Military Academy and the Army….”  So, no pension for Major Reedy. Did we say “4 Bronze Stars!?!” Read the story in Barrons

The New York cannabis community is in shock and mourning as long-time advocate Doug Greene, 52, suddenly died on June 5, in a NYC subway accident. For three (3) decades, Doug, legislative director for the Empire State chapter of NORML (but so much more than that), was tireless, passionate and inspirational in his dogged pursuit for reform and equity in cannabis laws.

And he campaigned for cannabis justice long before it was easy and popular to do so. We honor Doug and his leadership and will keep his family, friends and colleagues in our thoughts. We have no words to describe the magnitude of this loss. See the article in Forbes

For those looking to establish themselves in the industry, networking is invaluable.  You make connections, learn precious and unobtainable stuff, and hear the wisdom of industry leaders.  Here are my 2 favorite sources:

Maze isn’t a networking source in and of itself, but rather a comprehensive newsletter listing all sorts of upcoming cannabis-related events across the country, including conferences, networking events, education seminars, social events, etc.  You should subscribe!!!

And then there is Cannagather, which is my personal go-to networking/educational venue. They post monthly events in multiple states and cities, including, New York City, Washington, DC, Denver, Los Angeles, etc.

Recent presentations by Bruce Linton of Canopy Growth and Sallyann “Sally” Parker Nichols of Bloom Farms Distributions provided graduate seminar level insight on how to succeed in the industry. NYC is up next on June 18.

Love to hear back if you have any comments, revisions, or more color to add.