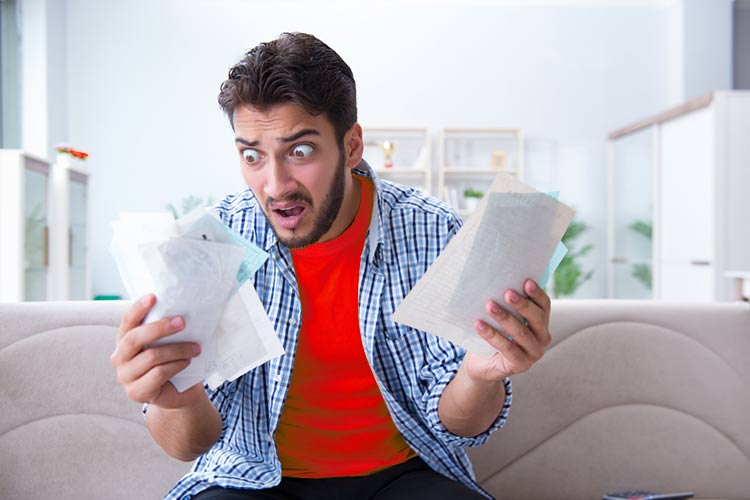 What if the business is in a legal state?

“Nope.” the Feds say. State law does not control. THC-cannabis is still a Schedule 1 drug under the Controlled Substances Act, and Internal Revenue Code §280(E) governs. This statute provides, in pertinent part, that:

Here is an overly simplistic example

Let’s say you conduct a state-legit cannabis business that grosses $1mm/yr. in sales. After expenses like payroll, rent, security, supplies, etc., you have a profit of $100k. Great job – yes??

But if you can’t deduct your normal business expenses because of IRC §280(E), then you might pay income tax on your gross revenue. At the current approximate 20% corporate rate, that means you would owe $200k in taxes even though you have only $100k of profit in your pocket. Uncle Sam thanks you.

That brings us to the Harborside and Alternative Health Care Tax Court cases.

In Harborside, the IRS assessed a licensed California medical cannabis dispensary a $33mm tax deficiency for deducting its ordinary business costs from its gross revenue over multiple years.

The Court had no sympathy for the fact that the business was legal under state law. But the Court did allow some bookkeeping tricks to survive (i.e., “cost of goods sold”. Wanna know what that means? Ask a cannabis CPA!!) and reduced the tax deficiency to $11mm.

The other case, Alternative Health Care, promises major headaches for the industry.

But that did not fool the Feds.

The Court held that Alternative’s management company – even though separate – was just as much engaged in the “trafficking in controlled substances” as the primary dispensary.

These cases were decided in November/December, 2018, or about a year ago. What makes them relevant now was the recent report in Marijuana Business Daily that the IRS may be bulking up to aggressively audit cannabis companies on these points. Read the article here

On October 17, 2019, the governors of New York, New Jersey, Connecticut and Pennsylvania met in New York City at a Regional Cannabis Regulation and Vaping Summit to discuss a coordinated approach to cannabis. Also in attendance were state officials from Rhode Island, Massachusetts and Colorado.

It was an unusual (some called it a “landmark”) conference.

But, as New Jersey’s Governor Murphy said, “Our impact is much greater when we break out of our own silos as individual states..”

With a vacuum of Federal leadership, regional coordination may be the wave of the future.

The 2018 Farm Bill legalized hemp (.3% or less THC “dry-weight” concentration) for commercial purposes and directed the United States Department of Agriculture to issue regulations to guide states on hemp production.

On October 29, 2019, the USDA rolled out its draft rules to provide a framework within which states can, within their own borders, allow and monitor hemp cultivation. Hopefully, the regulations will also ease confusion on the interstate transportation of hemp and facilitate hemp banking.

We will have a longer wait yet for the Food and Drug Administration to issue rules relating to CBD. See the article on Cannabis Business Times

4. Are the times a-changing?

Democrats seem four-square behind adult/recreational use legalization. Republicans…not so much.

But are cracks appearing in Republican opposition?

That’s what makes the recent Politico interview with Ohio Republican Congressman David Joyce so interesting. Rep. Joyce, a former 25-year prosecutor, is Co-Chair of the House Cannabis Caucus and is energetic in seeking cannabis reform: Read the Politico story here

But we also note Senate Majority Leader Mitch McConnell’s remarks during recent meetings with industry representatives in Southern California. McConnell distinguished industrial hemp/CBD, which he supports, from THC-cannabis, which he does not:

“There is a lot of confusion about what hemp is.” McConnell said. “It has an illicit cousin [THC], which I choose not to embrace.”

Read the article about his lunch meeting here

Nothing beats networking/education events for getting up to speed in the cannabis space.

Last month, one of our favorite venues, CannaGather-NY, scored a coup by hosting State Senator Liz Krueger, a primary mover behind New York’s cannabis reform bill. It was a surprisingly candid discussion of NY’s MRTA (Marijuana Reform and Tax Act), what went wrong in 2019, and the outlook for 2020. Punches were not pulled. The event received some media play. See: Cannabis Wire article here

I’d love to hear back if you have any comments, revisions, or more color to add on the Vape health crisis at doug@wassruss.com.