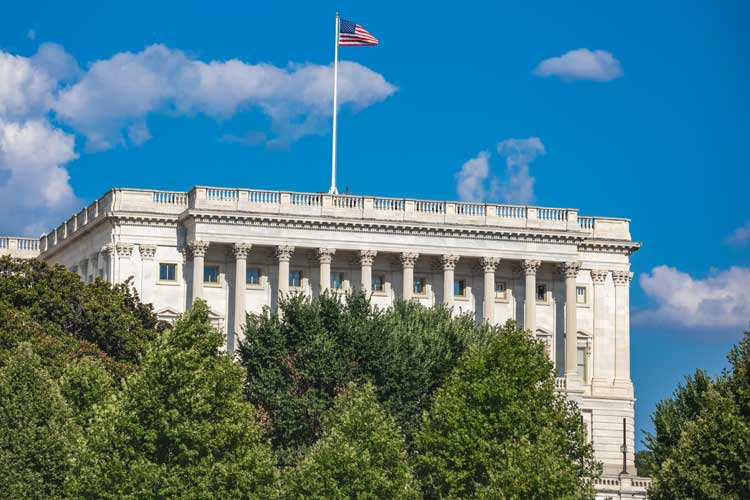 There was no single earth-shattering story in November. But here are some stories we found interesting:

On November 20th, 2019, the Judiciary Committee of the U.S. House of Representatives passed the Marijuana Opportunity Reinvestment and Expungement (MORE) Act by 24-10 vote.

A victorious vote but only a symbolic win

Yes, it was an historic vote. The bill calls for a nationwide de-scheduling of cannabis, an expungement of cannabis convictions, and a 5% social equity/diversity tax.  BUT the move was mostly symbolic because this legislation faces the same roadblocks as prior cannabis bills, namely, a skeptical majority Republican Senate. So, while there should be no breath-holding on this one, it was still no small accomplishment for a major House committee to vote for broad legalization. See the Judiciary Committee’s press release here

If there is good news to be had, there is this: On November 5, the CDC announced a likely culprit: Vitamin E acetate. This is a black market/street sourced thinning agent which the CDC found in all samples of lung tissue recently studied by it.  See the WebMD article here

However, this conclusion may conflict with the Mayo Clinic which stated on October 2, 2019, that the tissue injuries it studied were uniformly of a more caustic chemical type variety than otherwise would be anticipated with a Vitamin E acetate caused injury. In fact, the injuries the Mayo Clinic studied were more consistent with “toxic chemical fumes, poisonous gases and toxic agents.”

We still need to be wary of black-market products or hardware.

Friends, the moral is:  Be wary of black-market cannabis product or untested hardware. To be 100% safe – don’t vape, at least until a definitive cause of EVALI is found. To be mostly safe – use only state tested and authorized product and ISO (The International Organization for Standardization) tested hardware obtained through licensed sources. Be careful with your lungs!!

The latest CDC statistics: As of November 20, 2019, almost 2,300 victims were affected with 95% requiring hospitalization. 47 people have died.  The CDC updates its EVALI statistics page every Thursday (except for the Thanksgiving holiday) Link to the page here

Interestingly, in Canada, where recreational use has been legal for over a year, only 11 EVALI suspected cases have appeared so far (One recent case of “popcorn” lung was found – but this was likely caused by diacetyl in flavored e-cigarettes inhaled by the victim, and not by THC.)

It’s a strategic time for the Cannabis industry.

The states along or adjacent to the West Coast have viable in-state industries.  In the Central Midwest: Michigan recreational use commenced on December 1. See the Ganjapreneur article here. Illinois will soon follow. The next regions up are the Northeast and MidAtlantic.

New York State Senator Liz Krueger, the primary sponsor of New York’s MRTA (Marijuana Regulation and Tax Act) stated at a recent Cannagather-NY event that she was optimistic of passage of recreational use in NY’s 2020 legislative session. Senator Krueger advised that a bill would have passed in 2019, but groups did not seriously address the issue until too late in the legislative season, and then time simply ran out before consensus was had. Time will not be a factor when the legislature reconvenes in January, 2020.

For the second, and perhaps, third time, New Jersey, has abandoned approving recreational use through its legislature, and will instead pursue approval through a ballot initiative in November, 2020. See the Politico article here

The problem with a ballot initiative is that progress stops until voter approval.  And a simple “yes” vote on cannabis does not bring with it the necessary regulatory and legal infrastructure to operate a safe licensing and retail system. That takes another 18 months to develop. So, New Jersey may be in limbo for the next 2½+/- years. But this status can change if the legislature in neighboring New York approves, and the New Jersey legislature is shocked into action.

Cannabis News in Other States

In Virginia, where 61% of residents approve of adult use, the November, 2019 election ushered in a new Democratic majority in both the state’s Senate and Assembly. Virginia already has a Democratic governor. So, expect previous legislative roadblocks to be swept away. At a minimum, observers believe that Virginia will adopt a broad decriminalization bill in 2020. Full-scale recreational use may have to wait for future consideration. See the Richmond Times-Dispatch article here

Rhode Island Gov. Gina Raimondo (D) says she’ll make another attempt at recreational use in 2020. Observers thought that the Ocean State would legalize in 2019. But proposed use restrictions, particularly as to homegrown plants, sapped activist enthusiasm for the proposal. Legislators, seeing lackluster support, simply ducked on the whole issue. Will 2020 be different? See Marijuana Moment article here

Even with a 57% approval rate in Maryland, the prospects of recreational use in that state in 2020 dimmed as a co-chair of a bipartisan legislative workgroup announced on November 26, 2019, that “We are still in the investigative mode.” Maryland already has a robust medical marijuana program, with 85 dispensaries. See the article in the Baltimore Sun

In Connecticut, Governor Ned Lamont re-committed himself to legalizing cannabis in 2020, but noted an uphill battle to do so. Further, Lamont said

“I think I would only consider it if we were doing it in conjunction with other states. If Rhode Island, Connecticut, New York, New Jersey, Pennsylvania ⁠— if we bring in Massachusetts and coordinate our policies there, rather than being an outlier ⁠— I think it’s something I would push.”

See the article in the Hartford Courant

Stocks are down but jobs are up.

Signals are mixed. In 2019, cannabis investments have generally plummeted from irrational highs prompting even Jim Cramer to back-track on his prior cannabis enthusiasm. See the article in Market Realist

Or if you like graphics, see the 1-year graph on New Cannabis Venture’s Global Cannabis Stock Index here

On the other hand, optimism still reigns in the job market. Vangst, a prominent recruiter, declared that job opportunities increased 79% from 2018 to 2019 with 211,000 full-time employees in the legal US market. Vangst further projects a U.S. legal job market of 414,000 by 2021. See the Forbes article here. We also note that the on-line cannabis networking website, Leafwire, launched a job site with 1,500 purported postings. Check it out here

5.  A Class Action dismissed, but there’s more to it

But Eaze had inserted an arbitration clause into its terms of service which compelled all complainants to individually conduct their own arbitrations. This is a costly burden given that the most a consumer would gain would be $500. It effectively spikes most claims before they can start.  The customers tried to dismiss this defense arguing that under federal law, cannabis was illegal. Therefore, the contract could not be enforced – including its arbitration clause.

“Nope.” the U.S. Court for the Northern District of California ruled. The contract was valid, including its arbitration clause. Bad news for Eaze customers, but good news for the industry.  The decision holds that a cannabis contract can be recognized as valid, even if the subject of the contract is not.

For the legally inclined, the decision is here

1. The latest celebrity news: Drake announced a collaboration with Canopy Growth; Chelsea Handler is aligning with NorCal Cannabis Company in San Francisco; Neil Young, legendary songwriter and activist, stated in a November 8 letter to fans, that “my use of marijuana” has caused difficulties in his recent application for US citizenship.

2. Yale University has embarked on an historic first: an FDA approved a study of CBD and THC on stress and pain from cannabis grown by a private company (CT Pharma); i.e., not grown by the federal government.

3. A previously imposed deadline by the Mexico Supreme Court, for lawmakers to create a legal cannabis market has been pushed back from October 31, 2019 to April 30, 2020.

Love to hear back from you at doug@wassruss.com if you have any comments, revisions, or more color to add.