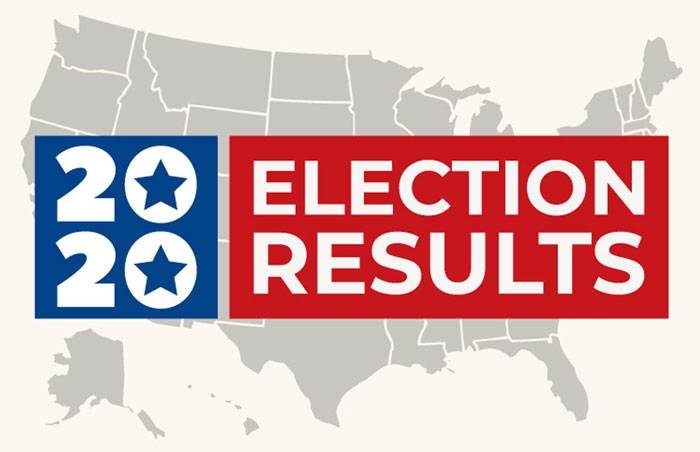 Election day, November 3, 2020, has come and gone and, for the cannabis industry, we’d rank it as a pretty good day. In cannabis legal news November 2020, we work our way from the top of the political hierarchy:

The Presidential election represents a good win, but not a game-changer. Here is some short-term historical context:

In 2013, the Obama US Department of Justice issued the Cole Memorandum establishing, in essence, a national cannabis policy of tolerance, if not outright approval.  Under the Cole Memorandum the DOJ refrained from enforcing federal marijuana laws in states which responsibly legalized cannabis use.

Now, with the advent of a Biden Presidency, we can expect the pendulum to swing back towards Obama-era tolerance.

But if you were hoping for more from a President Biden, you may be disappointed.   It’s worth noting that Joe Biden’s campaign platform was not much more than a commitment to respect state law (that is, a resurrection of the Cole Memorandum) plus a promise to decriminalize cannabis and expunge prior convictions.  It’s good, but hardly earthshaking, reform.

We note that Kamala Harris, coming from California, is a vigorous cannabis industry supporter with stated positions much more compatible with industry reform objectives.  But she is Vice-President.

US Congressional elections were disappointing from a cannabis point of view. At the moment, it looks like the US Senate may remain controlled by a Republican majority led by Mitch McConnell, an established THC-cannabis opponent. The two (2) pending Georgia Senate run-off elections on January 5, 2020, may yet change things.

On the downside we acknowledge the loss of Corey Gardner, Republican Senator from Colorado, who was a tireless cannabis industry advocate.  But we also note the recent optimistic statement by Republican Senator Pat Toomey, of Pennsylvania, the incoming Chairman of the Senate Banking Committee, on current banking limitations:

“I am sympathetic to the idea that people who are involved in [the] cannabis industry—in an entirely legal fashion, in the state in which they operate—ought to be able to have ordinary banking services,”  (See: Cannabis Law Report 11-2-20;

On the House of Representatives side, election day saw the net loss of Democratic seats and that may make it tougher to push cannabis reform through the House.

The state election news is cause for celebration. The industry had its sights trained on 4 state plebiscites for adult/recreational use, and 1 for medical marijuana. In cannabis legal news November 2020, the result was a clean sweep, 5 for 5, with all referendums receiving overwhelming approval.

Not wasting any time after a 67% voter approval, a 216-page bill was introduced into the New Jersey State Senate allowing for (i) 21 year minimum age requirement to purchase an ounce of flower or 5 grams of concentrate, (ii) retail sales statewide but allowing local communities to opt-out, (iii) state-wide delivery even where local communities have opted out, and (iv) on-site consumption with local approval (See: Marijuana Moment 11-8-20 -NJ submits adult use bill, but legislative in-fighting over state tax assessments, diversity and social equity have surfaced. (See: Politico 11-11-20; NJ navigates adult use; and  (See:  CBS Philly 11-10-20; NJ cheats on social equity?;

The Magnolia State passed a medical marijuana referendum with a 74% favorable vote.  That’s significant for a Deep South and conservative Red State. The initiative calls for the program to be in place by August 2021.  (See: Clarion Ledger 11-4-20; Mississippi approves medical marijuana)

Nope!  New York did not hold a cannabis voter initiative this year.  But, as anticipated, the referendum approval by New Jersey voters is pressuring neighboring New York to move forward with its own plans.  The Empire State is dumbstruck that New Jersey has temporarily gained the upper hand in “tristate area coolness.” (See:  New York Times 11-16-20; NJ is cooler than NY

On November 16, 2020, Governor Ralph Northam, a Democrat, announced his goal of enacting adult/recreational use in Virginia, and grabbing $300mm in projected annual tax revenue.  We note that Democrats also control both of the commonwealth’s legislative chambers. (See: The Washington Post 11-16-20; Virginia governor supports legalization  This development may well shift the center of gravity of the legalization movement from the Northeast to the Mid-Atlantic, and to the South, as action taken by Virginia may induce surrounding states to sit up and take notice.

What This Means in cannabis legal news

The effect of election day at the state level cannot be overemphasized.   With these referendum approvals, there are now fifteen (15) states (plus Washington, D.C.) which allow for adult/recreational use, and that means 112 million Americans, i.e., 1 in 3, now live in fully state-legalized jurisdictions.  And those numbers will only increase as other states join the mix.  (See: Politico 11-4-20; 1 in 3 live where marijuana is legal;

We also note the November 9, 2020 Gallup Poll which registered a 68% national approval of cannabis legalization; a continuation of the steady and years long upward trend towards this goal. (See: Gallup Poll 11-9-20; latest marijuana approval

Reform on the federal level may be moved by progress at the state level.  So, as the state dominoes fall, and an ever-increasing portion of the US population finds itself living under a state-legal adult/recreational use framework, and as national polling approval continues to rise, perhaps we’ll see pressure on a federal level to de-schedule cannabis in those states which legalize.

For those looking for action on a federal level, our advice is: Watch the states instead! That’s where the action is and how reform will move forward.

Recent international legalization trends have gone both ways. The Mexico national legislature appears on the brink of enacting an adult-use regimen.  It has its Supreme Court imposed December 15, 2020 deadline to do so.  This deadline has been adjourned several times already but it looks like a law may be enacted before this latest deadline expires.  (See: Marijuana Business Daily 11-10-20; adult-use bill advances in Mexico. Once enacted, the US will be bordered with fully legalized cannabis jurisdictions to the south with Mexico and to the north with Canada.

After several parliamentary elections in which cannabis was a major issue, Israel’s justice minister announced that a bill may be presented to the Knesset in December with legalization to occur within one (1) year thereafter. (See; Marijuana Business Daily 11-12-20; Israel lays out a plan to legalize;

Adult/recreational use was rejected by voters in New Zealand and by the federal parliament in Germany.

Check out all our Cannabis Legal News updates in the archive here.

Till next time, be safe.