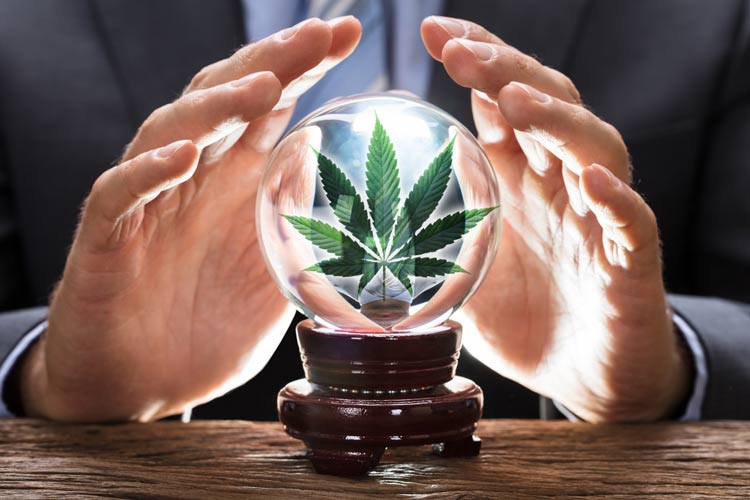 We can book 2020 as a solid year for cannabis legalization.

One-third of the US population now lives in a state which already allows, or which will soon allow, for adult/recreational use. Here’s the latest cannabis legal news for December 2020. What’s Next?

So, what does our crystal ball foretell about what’s next in 2021?

New Jersey approved adult use by voter referendum in November and, after some hard fought negotiations, settled on a retail regulatory infrastructure. See:  NJ.Com 12-15-20: NJ Legal Weed Advances Towards Final Vote;  So, eyes are on neighboring New York as that state’s legislature convenes in January. See:  Marijuana Moment 12-3-20: This Year It Will Get Done

But as we reported last month, the center of gravity may have shifted to Virginia, as gateway to the South.

Governor Ralph Northam announced a push for adult use legalization and, we note, both of Virginia’s legislative houses are controlled by Democrats.

Virginia is bordered by Republican leaning states, but lest you think that conservative Red States are less inclined than Blue States to enact adult/recreational use, we note:

If Texas needs a nudge, we note its Red State neighbor to the north, Oklahoma, which adopted a medical marijuana regimen in 2018 that has broadened in practice to de facto adult use. Nearly 10% of Oklahomans have a medical card. See:  Politico 11-27-20: Oklahoma is the Nation’s Hottest Weed Market

It’s early yet, but ballot initiatives in 2022 are anticipated for the following states: Arkansas, Florida (though 60% needed for Fla. approval), Missouri, North Dakota, Ohio and Oklahoma (might as well make the Sooner State honest)  See: Marijuana Moment 11-30-20: On the Ballot for 2022?  and maybe Nebraska. See: Ganjapreneur 12-7-20: Nebraska State Senator Crafting Adult Use Ballot Initiative

The MORE Act would de-schedule cannabis, leave it to individual states to adopt their own cannabis use practices, and expunge federal convictions for qualifying non-violent cannabis offenses.  The nonpartisan Congressional Budget Office reported that the MORE Act would add $13.7bln in federal tax revenue over the next 10 years and reduce federal prison spending by $1bln. See: Marijuana Moment 12-7-20: CBO says MORE Act to bring in $13.7bln

All of this is great news, but the chances of the MORE Act making it into law are slim to none.

That’s because the US Senate remains resistant, and Republican Majority Leader Mitch McConnell is a stubborn adult use opponent. However, cannabis legalization should not be viewed only through a Democrat/Republican prism. As noted in our last update, one of the most pro-cannabis advocates in the US Senate is soon to be retired Republican Corey Gardner of Colorado.

Senator Gardner represents Colorado and that means he had to be pro-cannabis. But that’s the point. As US Senators and Congressional Representatives see their home state economies absorb and grow with cannabis, then a change of cannabis view at the federal level will happen organically.

A SPAC will generally raise money from private or public sources and then, with pockets full of cash, go hunting for a target cannabis company. A merger or outright acquisition follows which allows the cannabis company to go public in conjunction with the SPAC.

There is a limited liquidation window for a SPAC to complete a merger or acquisition – usually 18-24 months after funding.  If no acquisition target is found then the proceeds have to be returned to investors.

And that’s the issue. Some SPACs are running up against their liquidation deadlines and that means that there is a lot of money out there in a desperate search for investment destinations. See: Real Money 11-18-20: Clock Is Ticking For Cannabis SPACS.

The merger is valued at $1.5bln. (See: Marijuana Business Daily 12-10-20: Weedmaps Going Public at $1.5bln ) even though Weedmaps is hampered by a federal investigation. Marijuana Business Daily 12-11-20: Weedmaps Notes Federal Probe.  It appears likely that the investigation is an outgrowth of Weedmap’s prior practices of marketing products from unlicensed California growers.  Note to self:  Your past can catch up with you!

Just as we were “going to press” on this update, word was announced of the compelling cannabis merger of US formed but Canadian operated Tilray and Canadian Aphria. The combination would create the world’s largest cannabis company with a projected value of $3.8bln (US).   For a fuller report see: Bloomberg 12-16-20: Tilray And Aphria Combine

In more cannabis legal news December 2020, here are a few quick happenings around the country.

2. Colorado reported sales at $1.8bln for the first 10 months of 2020.  This eclipsed state sales for the entirety of 2019. Notable: The 2019 sales record was demolished despite the 2020 pandemic induced collapse of cannabis tourism in The Centennial State.

3. Mexico has been delayed again in its bid to become the third country to legalize adult/recreational use on a national basis. Mexico’s Supreme Court granted yet another adjournment and a vote has been tentatively rescheduled for February 2021.

4. Bermuda, an Overseas British Territory and popular US vacation spot, is moving towards adopting an adult use regimen, but that potentially sets up a confrontation with Bermuda’s Governor, appointed by Queen Elizabeth II. The Governor’s consent is mandatory, and the United Kingdom has not been a particularly adult use-permissive jurisdiction.

5. Recent data compiled by New Frontier Data estimates that annual U.S. legal cannabis sales may grow to $41bln in 2025, which more than triples the market of 2019.

We hope your holiday season is warm and happy and that you spend it surrounded by close family and friends – in person or virtually.  And stay healthy!!!