When something is too good to be true, it probably isn’t.

For 30 years, the Salander O’Reilly Gallery was a place where “beautiful people” could purchase first rate fine art and spend seven or eight figures doing so.

A prominent fixture on Manhattan’s Upper East Side, it was hailed in 2003 as one of the best fine art galleries in the world.  But, by 2007, things had imploded in an unending circle of accusations of fraud and illegal dealings. Its owner, Lawrence Salander, was ultimately sentenced to 6-18 years in prison for his crimes.

They are mostly owners of paintings sold through the Gallery who were never paid.

In one recent case arising from the morass (Davis v. Carroll, SDNY, 09 Civ. 1088, 3/29/2013), the art industry was given a stern lecture by a Federal Judge on industry practices.  Eight (8) valuable works by renowned (and late) modernist painter, Stuart Davis, were ordered returned to his son, Earl Davis.

The purchaser of these paintings, Joseph Carroll, was ordered to return these paintings to Mr. Davis, and the Court was not moved by Carroll’s pleas that he purchased for value and in good faith from Mr. Salander. 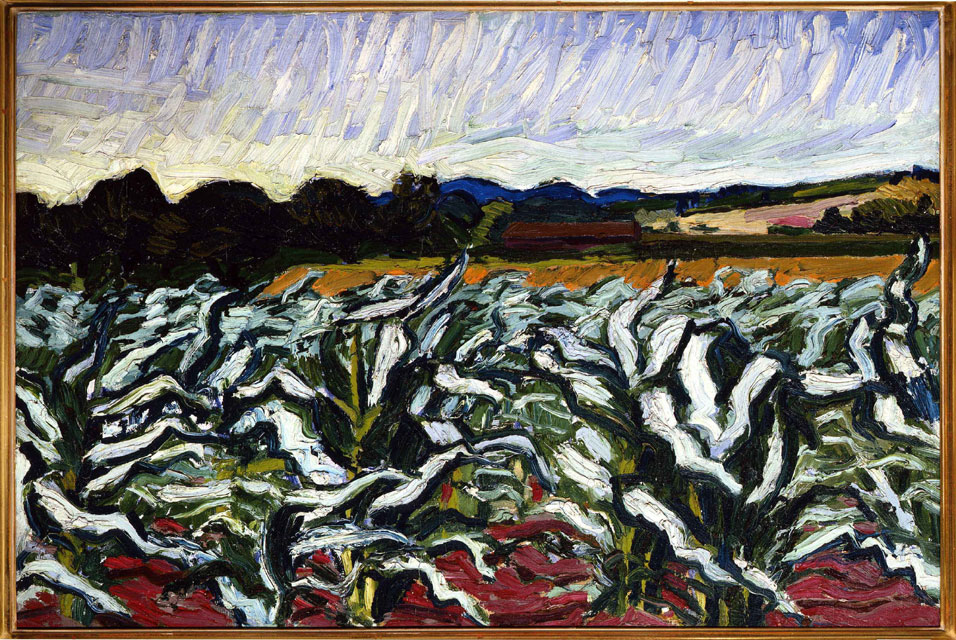 The legal issues involve technical aspects of the Uniform Commercial Code, and the application of the legal principle of entrustment, but distilled to its essence, the Court held that “red flags” raised during the deal should have made it apparent to Carroll that the sales were tainted.

The biggest “red flag” by far was price.

In short, a series of works purchased by Carroll, a sophisticated art dealer, for $1.45mm (including the Davis pieces) were actually worth $4.6mm at the time of purchase.  In fact, some pieces purchased by Carroll from Salander were immediately consigned back to Salander for re-sale at several times the allocated purchase price.

The Court noted that other red flags were present at the time which should have put Carroll on notice that all was not proper with his purchases.

These signs included ambiguous claims as to the Gallery’s role in the sale, whether the Gallery or Mr. Davis owned the paintings, and indications that the Gallery was in deep financial distress.

All this, the Court held, should have put Carroll on notice that further inquiry was required before he kicked in almost $1.5mm for the artwork.  Carroll could not simply rely on the Gallery’s past reputation, sterling as it was, to support the legitimacy of the sales. In fact, the Court said that in light of these “red flags” Carroll should have consulted with the authors of the forthcoming Stuart Davis Catalogue Raisonné or perhaps directly with Mr. Davis, as Stuart Davis’ son and heir, to determine the bonafides of the sales.

Reading between the lines of the Court’s opinion, and with the economics of the transactions so skewed in Carroll’s favor, one comes away with the feeling that the Court thought that, rather than truly purchasing pieces on an arm’s length basis, Carroll was actually lending the Gallery funds at exorbitant interest, with payment in the form of seized paintings if the borrowed sums were not repaid to Carroll as promised.  Perhaps, implicit in the Court’s attitude was that disgorging the paintings to the original owner may have been just desserts for Carroll’s conduct.

Nonetheless, the case is a clarion call to those in the fine art industry.  The standard of care which the Court has enunciated may raise art industry due diligence to a whole new level.  Previously, it was safe to merely presume that a Gallery owner, particularly a reputable one, had sufficient authority to sell the pieces he displayed.  If such authority did not exist, then the resulting dispute was limited to the consignor and the Gallery.  As long as the purchase was made in good faith by the purchaser, then the purchaser was removed from the suit and insulated from liability.

However, an art dealer may now have to insure that the Gallery from which he purchases is stable and secure, and the deal offered is not “too good to be believed.” Otherwise, questions as to the sale’s validity may arise in the future, particularly if the Gallery fails soon after the deal is concluded, and 20/20 hindsight is applied.

For those readers of a legal persuasion, the 77 page opinion represents a massive assault on the once impregnable position of the “good faith purchaser for value.”  Does one lose his status as good faith purchaser for value if the deal is too good?  The result may justify the means on these facts.  But expect this case to be used as a blunt instrument by those seeking to pierce long standing legal protections.