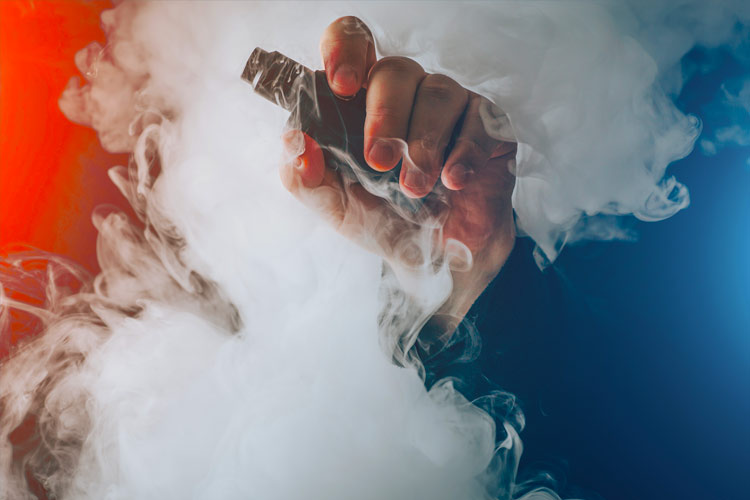 Cannabis News September 2019: A Tough Summer for the Vape Industry

September has arrived and it’s time to shake out the laconic lazies of summer! A lot is happening in Cannabis News this September, but it’s been been a particularly tough summer for the Vape industry.

What is a Vape?

A vape consists of battery powered instrument, such as an e-cigarette or a vape pen, which usually heats a product into an aerosol. The “vaporized” product is then inhaled into the lungs. Since 2007, vapes have been used mostly to consume nicotine, with “Juul” being the most popular.

Vaping has also grown in popularity for cannabis use as the product has become increasingly available – to the point that the cannabis and vape industries are now closely associated with each other.

The summer of 2019 has been a harsh one for the vape industry.

As of August 27, 2019, 215 cases of pulmonary illness attributed to vaping were reported from 25 states. Additional reports are under investigation with two (2) recorded deaths; one in Illinois and one in Oregon. On August 28, 2019, Rolling Stone published an article on vaping, and it’s an important read. See it here

Are these isolated instances, or part of a new medical trend?

The simple fact is that no one knows. So far, there is insufficient commonality among the reported cases to reach a conclusion as to cause. But suspicion has been directed to any THC product, “black market” product or maybe poorly constructed or misused mechanisms.

The FDA is feverishly investigating.

Health officials in New York, where 34 vape related pulmonary cases have been reported, are focusing on “black market” Vitamin E laced THC products. Vitamin E is safe if consumed orally or topically in moderate amounts, but is hazardous if inhaled. See the New York State advisory here. New York has even posted photos of some specific investigated brands.

Cannabis news on use in teens

Not to pile on to the vape industry troubles, but JAMA Pediatrics reported on August 12, 2019, that the odds of cannabis use among adolescents aged 12 to 17 years who use e-cigarettes is 3.5 times higher than for those who do not use e-cigarettes. Read the article here

Adolescent cannabis use is discussed in further detail below, but suffice it to say that such use is something we want to prevent.

As we said, it’s been a lousy summer for the vape industry.

A critical time for cannabis in the legislature

But here is the thing: State legislatures will soon be reconvening over the next few months to reconsider adult/recreational use legislation, particularly in the Northeast and MidAtlantic states. It’s a critical time.

The cannabis industry already has enough of its own public relations challenges to overcome without having the added burden of being linked in the public mind to possibly dangerous vape usage, fairly or unfairly.

It may become important, at least till firm medical answers are found, to note that cannabis and vaping are not inextricably intertwined. Cannabis can be consumed by other means. It can be smoked (still the most popular consumption method in Canada), ingested through edibles, by tincture, etc.

For those in the cannabis accessories market, keep your ears close to the ground as news develops. Forewarned is forearmed.

We note the August, 2019 advisory issued by the US Surgeon General which warns against cannabis use by teens, adolescents and pregnant women. See the advisory here

But honestly, despite its alarmist language, the advisory contains nothing new. The cannabis industry has long recognized that cannabis and young, developing minds do not mix.

That’s why it has been the first and foremost focus of every state’s cannabis regulatory infrastructure to keep adolescents and younger minds far from THC-cannabis consumption. The cannabis industry, by and large an ethical one, has wholly supported and vigorously pursued this same objective.

So, if the various states and industry players already recognize the issue and are doing all they can to educate, restrict and protect young, developing brains from THC use, then perhaps one can openly speculate as to why the Surgeon General felt the need to issue this advisory at this time?
(Hint: We believe there may be Presidential electoral politics at play.)

Canada published their National Cannabis Survey for the second quarter of 2019. It was noted, among many other aspects of cannabis use (recreationally legal in Canada since October, 2018) that self-reported cannabis consumption in the second quarter of 2019 was essentially unchanged from the same quarter in 2018, that is, prior to legalization. Smoking still remains the most popular means of consumption.

And while speaking of markets, let’s focus on the cannabis market for the State of California, where noted cannabis industry market research firms, Arcview Market Research and BDS Analytics concluded, among other things, that:

For those who fantasize that getting into the cannabis business is simple, we refer to you a piece written by one our favorite sources, Hilary Bricken, a trailblazer in the cannabis legal space.

The piece speaks to the current licensing phase in Los Angeles and, if your eyes begin to glaze over before you get to the article’s end, know that it is included with this update so that you can see that opening a cannabis business — anywhere — is no easy walk in the park.

Lest we forget Cannabis News September 2019 in Colorado, it’s another month and another sales record for The Centennial State. This time it’s for June, 2019 when Colorado dispensaries pulled in over $152mm in cannabis sales for the month. See Westword here

And while we’re talking cannabis in Colorado, it’s worth noting that in Denver in 2018, cannabis businesses consumed 3.9% of that city’s annual power usage. That was after an 8% drop in usage from the prior year. Cannabis is power-hungry. Read the CPR News here

Researchers at Harvard University’s Dana-Farber Cancer Institute have found a cannabis flavonoid which killed tumor cells in 70 percent of mice with pancreatic cancer.

Love to hear back if you have any comments, revisions, or more color to add at doug@wassruss.com.

Please feel free to forward to anyone who may find this content of interest.  And if you know anyone who wants to receive cannabis new directly, then have that interesting party give us a holler!

And in shameless promotion of our firm’s past cannabis news blogs, we invite you to take a look for our past updates