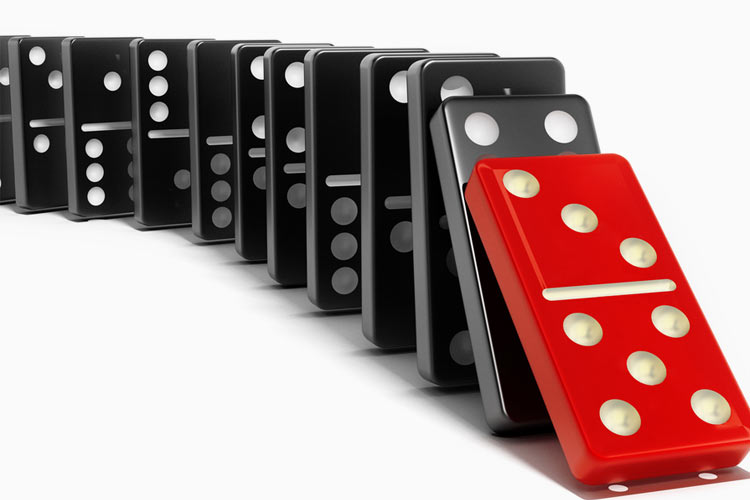 Will The Dominoes Fall on legalizing Cannabis?

A tiny kernel of August 2019 Cannabis news from New Jersey may ultimately shake the ground for the industry. This past spring, the Garden State came thiiis close to legalizing adult/recreational use—only to see its legislature fall short.

So, the exasperated NJ powers-that-be announced a November 2020 voter referendum. It effectively stalls all movement towards legalization until then and will likely push back implementation of NJ adult/recreational use into 2021.

But last week, NJ Senate President Stephen Sweeney surprised all by stating “We’ll make one more run at it” either during a “lame duck” session at the end of 2019 or in the first half of 2020. See the NJ.com article here

We know. We are counting our unhatched chickens here.

But it’s hard not to be excited by this prospect. 2019 has been frustrating because most Mid-Atlantic and Northeastern States likewise fizzled out on legalization. We are talking about you: New York, New Jersey, Connecticut, Pennsylvania, Maryland, Delaware, Rhode Island, New Hampshire, and even Vermont, (where use is legal but recreational sale is not.)

As one state goes – others may follow. The pressure will be inexorable on a state standing on the sidelines as it watches a neighboring state create and enjoy a windfall of tax revenue, jobs, health access, and the economic ripple effects of a booming industry. And if the Northeast and Mid-Atlantic regions legalize then, with the Western states, Illinois and Michigan having already done so, the pressure may become irresistible for the Federal government to resist reform.

The domino line is set. Will New Jersey be the first tile to topple?

Does Recreational Use Reduce Opioid Mortality?

We are normally skeptical about cannabis studies because of frequent defects in methodology. But sometimes the headline makes the report impossible to ignore.

So, from the University of Massachusetts, Amherst, study co-author Nathan Chan reports that:

Great News!! But, if this sounds familiar, it’s because it should.

There have been conflicting studies on medical marijuana access and its relationship to opioid mortality – with some studies finding a lower opioid death rate in states with medical marijuana, and other studies being unable to reproduce such results.

Why Cannabis studies vary so much

However, the difference here is that the University of Massachusetts study focuses not on the limited access of medical marijuana, but on the broader, and more uniform, access of adult/recreational use within a state. Next up should be a comparison of large population samples of cannabis users and non-users, even across state lines.

New studies may become a factor in more dominos falling.

Credit Unions To The Rescue!

In a recent interview with Credit Union Times, National Credit Union Association Chairman Rodney Hood advised that credit unions should be allowed to work with cannabis businesses as the industry continues to sort itself out.

“It’s a business decision for the credit unions if they want to take the deposits,” Hood told the banking publication. “We don’t get involved with micro-managing credit unions.”

Did we mention that the NCUA is an agency of the Federal government?

Is there progress on the SAFE Act?

And speaking of the Feds, the Republican-controlled Senate Committee on Banking, Housing and Urban Affairs, held a hearing in July 2019, on the SAFE Act.

The big question is: “Why would the Republican majority hold a hearing unless it was serious?”

But don’t hold your breath. The ultimate gatekeeper is Republican Majority Leader Mitch McConnell, and McConnell has given no hint that he has changed his anti-recreational use stance. Lest we forget, McConnell represents Kentucky – home of the American bourbon industry.

The Face Of Cannabis May Be A Mature One.

A recently released study out of New York University, supported by the National Institute on Drug Abuse, looked at data from the National Survey on Drug Use and Health, an annual survey of 70,000 Americans of all ages.

Jobs and Business in the Cannabis industry.

We’ve been lucky to see good articles on both aspects, both in Green Entrepreneur. See 5 Things You Should Know Before Starting Up Your Cannabusiness and How to Get a Job in the Cannabis Industry

We recommend them for quick and easy reading.

Love to hear back if you have any comments, revisions, or more color to add. See all our Cannabis News articles here

Please feel free to forward this to anyone who may find this content of interest. And if you know anyone who wants to directly receive these updates, then let us know or have that interesting party give us a holler!