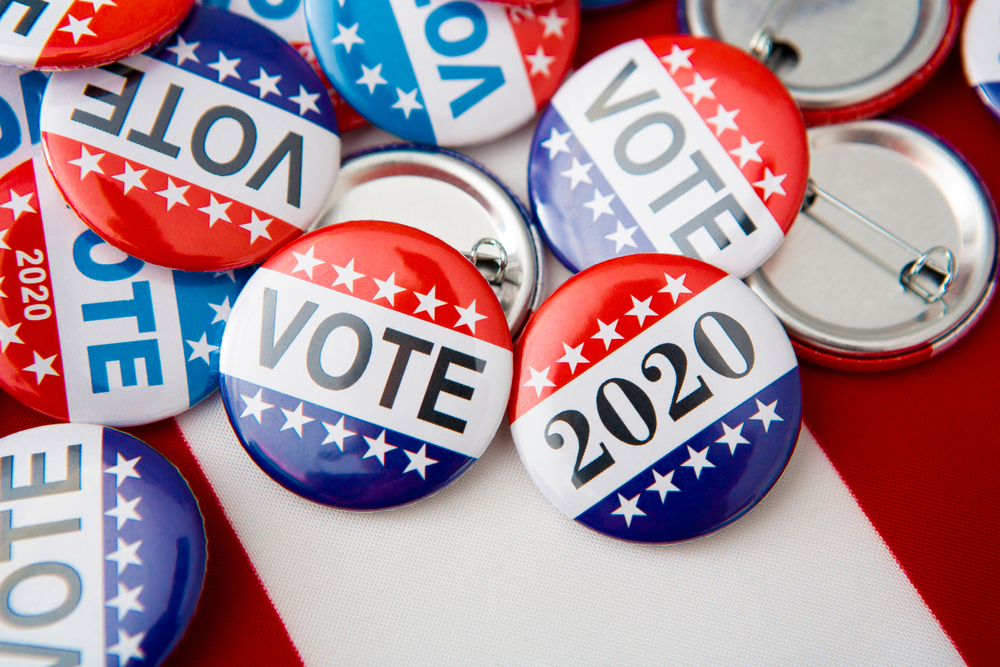 In cannabis news October 2020, here’s your election scorecard to see what’s on the ballot for cannabis law.

Despite these crazy pandemic and election times, some very interesting developments continue in the cannabis industry.

Election day is approaching and with it comes the opportunity to re-set the national cannabis discussion. There is a lot happening in Cannabis news October 2020 to discuss.

New Jersey citizens will finally get a chance to directly weigh in on adult/recreational cannabis use by ballot initiative.  The latest polling has shown consistently strong pro-enactment views ranging from 60-66% in favor and 21-29% against.  See: Marijuana Moment- New Jersey polling 10-16-20;

Gossip tidbit: Records show that lawn and garden giant, Scott’s Miracle Gro, contributed $800,000 (or roughly 60% of the funding) for pro-enactment forces.  There does not seem to be much of a funded opposition to the initiative.

Voter sentiment has been moving in favor of Proposition 207, with the latest polling showing 56% of likely Arizona voters in favor, and 41% opposed.  See: Monmouth University  – “Other Poll Findings”: 10-15-20;  However, don’t expect the Grand Canyon State to be fertile territory for a new cannabis entrants if Prop 207 is passed. A good read on point:   MJBiz Daily-AZ offers limited opportunities;

We’ve linked these two (2) Great Plains states as one because their status is similarly opaque. Montana polling currently has 49% of likely Big Sky Country voters in favor of adult/recreational use, and 39% opposed with 10% undecided.  See:  Marijuana Moment – Montana Voters: 10-14-20.    Polling in South Dakota is sparse, but surveys have shown 60% in favor of adult/recreational use: See: Norml- South Dakota: 9-24-20.

Perhaps, one of these states may surprise on November 3?

d. US Senate Races   The October, 2020 issue of Marijuana Business Magazine has a particularly fun article about US Senate elections across the nation, and is a solid reference piece to keep handy as Election Night progresses.  See:  MJBiz Daily Magazine- US Senate election scorecard: 10-2020;  But we recommend that you scroll through the whole magazine to get a full picture of how this election season may impact the cannabis industry.

Meanwhile, under the radar of many, on October 7, 2020, Vermont enacted adult/recreational use legislatively.  Unfortunately, retail sales will not commence until October, 2022. See: VPR- Governor allows cannabis sales: 10-7-20;

The Pine Tree State approved adult/recreational use by ballot initiative in 2016 but was excruciatingly slow in converting that voter direction into an actual cannabis retail infrastructure.  That is no longer case.  Maine started retail sales on October 9, 2020.

We admittedly have a New York-centric view.  In that regard, we note that if New Jersey approves on November 3, New York may sense a growing encirclement of legalized states, i.e., New Jersey, Massachusetts and Vermont. This may create pressure on New York to move towards adult/recreational use in its own right and thereby control the model. See:  Marijuana Moment-NY will legalize by April: 10-19-20;

§280E of the Tax Code is a killer.  It precludes the deduction by cannabis businesses of common operating expenses, such as rent, insurance, debt service, payroll, utilities, etc. for income tax purposes. And this often leads to an economically back-breaking tax bill.

However, a theory has been making the rounds concerning the 2017 Tax Cuts and Jobs Act, and an amendment it made to Section 471 of the Tax Code arguably benefitting cannabis businesses grossing $25mm or less.  The theory posits that the 2017 amendment granted these smaller operators greater freedom to re-cast otherwise prohibited operational expense deductions as permissible deductible “costs of goods sold” items.   If you want to get into the weeds of the theory, See:  Calvin Shannon-Bridge West -NCIA Blog:5-7-20;

Is the I.R.S. adopting this theory?  Hmmmm- dunno just yet.   In September, 2020, the I.R.S. amended its Marijuana Industry FAQ section with respect to “costs of goods sold” deductions, and that was met with some industry fanfare. See:  WeedWeek-IRS Greenlights Tax Loophole: 9-16-2020;  But the I.R.S. FAQ on point actually refers back to a 2015 Chief Counsel Advice to determine what constitutes proper “costs of goods” deductions: See IRS Marijuana Industry  FAQ # 5;   The new theory posits that Section 471 was changed by the 2017 Tax Act for businesses grossing $25mm or less, and allowed those taxpayers to choose their own inventory accounting method over the method dictated by the I.R.S.

a. You knew this was going to happen:

On September 30, 2020, California’s Governor Gavin Newsom signed Senate Bill 67 into law, which will require that any cannabis product claiming an “appellation of origin” from any part of the Golden State must be grown from the soil and with the sun from that region.  In other words, if your cannabis brand claims a Napa Valley origin then it had better be grown under the sun and in the soil of Napa Valley.  And that also excludes indoor growth and growth with artificial light even if such artificial growth occurred within the claimed geographic region. See: MJBiz Daily, Calif designates products by region: 10-15-20;

b. Make way for seltzer!

Not to be outdone, Canopy Growth, owned to large extent by Constellation Brands, intends to roll out cannabis infused beverages in Illinois and California in the summer of 2021.See: Chicago Tribune-Who says marijuana is to be smoked?: 10-1-20;

These similar stories present two (2) things which may rock the cannabis industry: (1) A cannabis infused carbonated beverage could “McDonald’s-ize” the industry by providing standardization of low-cost, dose and experience together with much volume, and (2) Such oral consumption may side-step any debate over asserted health claim risk from smoking or vaping the product.

a.  Do federal overtime laws apply?
Our last post mentioned the US Tenth Circuit Court of Appeals case, Kenney v. Helix TCS, Inc., in which an employer sought to avoid federal overtime rules arguing that these rules did not apply to a cannabis company because it is a federally illegal business. The US Supreme Court rejected the employer’s request to be heard on the issue.  So, the ruling of the Court of Appeals stands: The cannabis industry is subject to overtime requirements.

b.  Tax Revenue Galore!
Illinois reported $100mm in cannabis tax revenue for the first 8 months of 2020.  Its adult/recreational use program only started in January 2020, and September sales again broke monthly records.

c.  Hemp Growers Sue the DEA.
Hemp growers filed a lawsuit against the DEA’s and its rule that intermediary hemp material and waste hemp material—two necessary and inevitable byproducts of hemp processing—are Schedule I controlled substances. The growers assert that such a rule stops most hemp processers in their tracks for now, and nullifies the 2018 Farm Act in large measure. We’ll keep an eye on this one.

d.  Colorado Requires Vapor Testing.
Reacting to the EVALI epidemic of 2019, Colorado regulators released new rules, effective January 2021, to require testing of vapors from inhaled cannabis products. This will enable regulators to measure metals and other impurities, if any, which consumers may be inhaling. Testing of pre-combustion cannabis oil and concentrate as previously required, will continue.

So that’s it for cannabis news October 2020. I’d love to hear back from you at doug@wassruss.com if you have any comments, revisions, or more color to add.

View all our posts on Cannabis Legal News