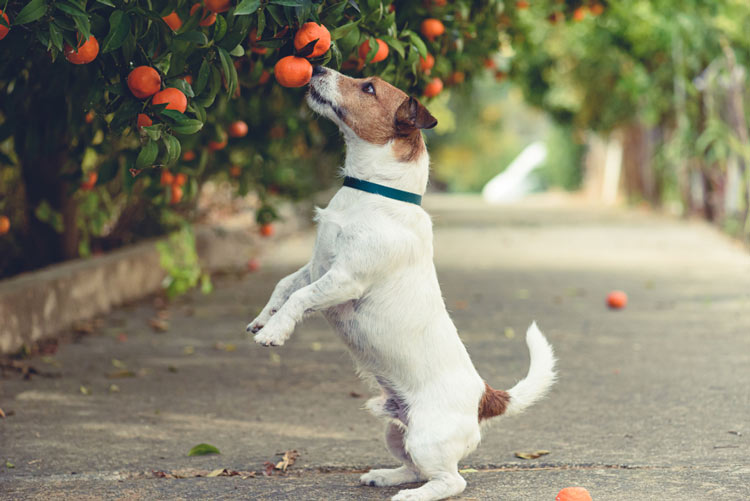 In cannabis legal news 4/21, the good news is that since our last legal news update, New York, New Mexico and Virginia each legalized recreational use, although Virginia currently does not anticipate that retail sales will commence until 2024.

That was the low hanging fruit for 2021.

What states will be next in line? That’s hard to predict. Here’s what is happening in cannabis legal news 4/21.

In Connecticut, where earlier this year Governor Lamont predicted chances of recreational use passage at 60/40 in favor, odds were lessened by legislative leaders to 50/50. See: Hartford Courant; 4-12-21: Legal weed still uncertain in Connecticut.  Rhode Island, like Connecticut, is a state where the Governor and legislative leaders all favor recreational use but differ on approach. So, fingers remain crossed that differences can be reconciled in the Ocean State for legalization in 2021. See: Marijuana Moment; 4-1-21: Legalization framed as inevitable.

Elsewhere in Cannabis legal news at the state level:

Florida’s highest court threw out a proposed voter referendum to legalize recreational use in the Sunshine State.  The court felt the maximum 75-word summary of the initiative did not adequately disclose that use would remain illegal under federal law. See:  AP; 4-22-21: Fla Court deals blow to marijuana referendum

Maryland reported that its medical marijuana program passed $1bln in sales since launching in December, 2017.   The Old Line State expects to notch its next billion in half as much time.   MJBiz Daily;4-28-21: MD notches $1bln in medical sales;

On the federal side, still not much is happening in cannabis news 4/21

The House of Representatives passed the SAFE Banking Act again, proposing much needed banking reform in the cannabis space. But the bill now heads to the US Senate where it is likely to die by filibuster.  Even liberal Sherrod Brown expressed doubts about the proposal’s merits. See: MJBiz Daily 4-22-21; Key Senator downplays marijuana banking bill

And Majority Leader Chuck Schumer, who has repeatedly spoken of recreational use legalization on a national scale, can’t even get his own Democratic caucus on board. Democrats Jeanne Shaheen of New Hampshire and Jon Tester of Montana announced that they oppose recreational use.  See:  Politico; 4-20-21: Senate Democrats split over weed

Senator Tester’s case is interesting because last November, voters in his home state of Montana approved a recreational use referendum by a sizeable 57% margin. Since then, Montana Governor Gianforte and both legislative houses have advanced different recreational use bills, and they are now trying to reconcile differences. See: AP;4-24-21: Montana Senate passes legalization bill. Will Tester’s declared opposition to recreational use still stand as his home state’s cannabis industry starts to take shape?

Recreational use remains a state-by-state slugfest, with the anticipation that as each state legalizes and their cannabis industries mature, their Washington representatives – Democrat or Republican – will morph into supporting state interest and jobs over ideology.

And the expectation is that as each state legalizes, the gravitational pull of jobs, tax windfalls, and economic growth, will pull neighboring states into the recreational use orbit.  For an example of some cross-border needling, see:  Ganjapreneur; 4-15-21: Wisconsin Gov teased by neighboring Illinois Gov on missed cannabis taxes

Here is where things currently stand, and it’s not bad:

a. 17 states plus other US jurisdictions have legalized recreational use. This includes US territories and Tribal Lands. Litigation will determine if South Dakota will be added to this list;

b. Approximately 138mm Americans, or about 41% of the US population, live in states which have or will soon have recreational use cannabis;

Merger activity over the last few months has been breath-taking.

The blockbuster deal is, of course, the Aphria-Tilray merger announced in December, 2020 and where it is anticipated that, once consummated, the combined company will supplant Canopy Growth as the largest cannabis operator in the world. See: Investor Place.Com; 4-20-21: Aphra-Tilray merger. Not taking that sort of thing laying down, Canopy Growth thereafter announced its own purchase of Supreme Cananbis for $435mm. See: Technical420; 4-8-21: 7 takeaways from Canopy Growth’s acquisition of Supreme Cannabis.

While these giants duke it out, other deals are turning heads. There is Kush Co. merging with Greenlane and creating a consolidated accessories company worth $400mm. See: The Street.Com; 3-31-21: Greenlane Kushco – merger of cannabis accessories firms  Or, Curaleaf buying Emmac Life Sciences, a medical cannabis company, and one of Europe’s largest vertically integrated cannabis companies, for $286mm.  See: Ganjapreneur; 3-10-21; Curaleaf to buy European pot company Or, Glass House, one of the largest California cannabis companies, being acquired for $567mm by Mercer Park Brands, a Canadian SPAC.  See: Business Insider; 4-9-21: Canadian blank check company takes Glass House public.  Or, MSO operators Cresco Labs and Jushi Holdings each agreeing to buy their own Massachusetts vertically integrated operators (for $90mm and up to $110mm, respectively.) The list goes on.

But are there clouds on the horizon?  Established industry analyst, Alan Brochstein, has floated the idea that a recent decrease in sales volume may portend some volatility in the investment market. See: New Cannabis Ventures; 4-11-21: get ready for some volatility. However, we note recent analyses for 2016-2020 reflecting emerging trends in the cannabis industry that sales volume is weaker at the start of the year (except for the weeks surrounding 4/20) and stronger during the summer and holiday season. See: MJBiz Daily; 4-20-21: three takeaways from 4/20 sales data.

Internal Revenue Code 280E has pushed its way back into the headlines in cannabis legal news 4/21.

A two sentence refresher: IRC 280E prohibits the deduction for federal income tax purposes of ordinary operating expenses such as rent, payroll, utilities, etc., for any “business [which] consists of trafficking” in a  Schedule 1 drug, i.e., a cannabis business. The loss of these deductions can push an otherwise profitable cannabis business into insolvency.

Harborside, self-described as “one of the oldest, largest and most respected cannabis retailers in the world,” challenged the application of 280E to an otherwise legal and licensed California dispensary.  Harborside asked to be be allowed to deduct ordinary business expenses like any other normal business.  Millions were at stake.  But the US Tax Court ruled against Harborside in 2018.  Harborside appealed, and the industry has been watching.

This month, the Ninth Circuit Court of Appeals rejected Harborside’s appeal. Ganjapreneur; 4-23-21: Harborside loses 280E appeal.  No word yet has been received on further appeals.

Meanwhile, IRS documents released in response to Freedom of Information Act demands have confirmed industry suspicions that the IRS has been affirmatively targeting cannabis businesses for 280E audits.  See  MJBiz Daily 4-12-2: IRS pursues marijuana taxes  The greater return on audit resources employed against cannabis vs mainstream businesses ($2,752/audit hour vs. $1,065/audit hour in Colorado in 2019), may have informed the agency’s decision to make cannabis businesses the focus of multiple multiyear audit programs.

Industry insiders have long known that the energy demands of an indoor cultivation facility are enormous. But researchers at Colorado State University have quantified the carbon emissions cost of indoor production, and the result is not pretty.

In short, the carbon cost to grow only 1 once of dried flower can be equal to driving 300 miles and burning through a full tank of gas. See: Smithsonian Magazine; 3-15-21: Growing an ounce of pot.

• exploring renewable energy for cultivation side, or
• allowing interstate transportation of product from more robust outdoor growth locations in the country, or
• merely utilizing glass-walled greenhouses which reduce the need for indoor grow-lights

1.  Americans For Prosperity, founded and funded by the conservative Koch Brothers (Yes, that Koch family), has joined with Snoop Dog and others to form the Cannabis Freedom Alliance to promote a wish list of cannabis legalization initiatives including de-scheduling, 280E tax reform, state supervised recreational use, etc.  There are some strange bedfellows in this business.

3. And if this author can claim a personal point of privilege: Kudos and gratitude are extended to Team Mannada and Kristin Jordan on the conduct of one highly informative Cannabis Real Estate Summit in early April.  Try to catch the next one, folks.