Yellowstone Injunctions at a Glance

What can a commercial tenant do when they receive a default or termination notice from their landlord that they believe is improper or unwarranted?  The answer:  do not pass go, do not collect $200, 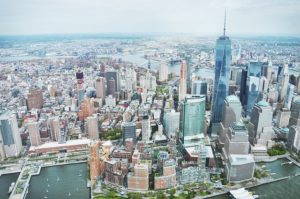 go directly to Supreme Court and move for a Yellowstone injunction and let the Court sort it out!

A Yellowstone injunction maintains the status quo so that a commercial tenant, when confronted with a default notice, can protect its investment in the lease by obtaining a Court order which stops the running of the cure period.  Once a Court freezes the expiration of the cure period, the tenant has the breathing space to ask for a ruling to determine if the tenant is actually in default.  If the Court rules that no default occurred, then the tenant obviously wins.  But if the Court rules that the tenant is in default, then the tenant knows its position with sufficient time on hand to still cure and protect its lease. Without the Yellowstone order, the tenant would not know its position until after the lease expires, and that would be too late to cure and preserve the lease.  The tenant would then have to relinquish the lease, even if the cure was a minor matter.

Because the law does not favor the forfeiture of leaseholds, a Yellowstone injunction may be granted on less than the normal showing required for preliminary injunctive relief.

In order to obtain a Yellowstone injunction under New York law, the tenant must demonstrate:

However, the granting of a Yellowstone injunction tolling the cure period may be conditioned upon the tenant posting a bond, and the payment of monthly rent, to protect the defendant-landlord if it is ultimately determined that injunctive relief was not appropriate.  The standard applied in determining the amount of the bond is an amount that is rationally related to the damages of the non-moving party might suffer if the court later determines that the relief should not have been granted.  Generally, the amount of the bond is fixed by the Court after a hearing held for such purpose.

The Yellowstone injunction (named after the Yellowstone Shopping Center in Forest Hills, Queens – the site of the first request of this type almost 50 years ago) is uniquely a New York concept.  The notion that a lease termination process should be frozen in place pending a Court ruling as to whether a default actually exists, has not translated well to other jurisdictions.  And there is really no reason for that. It is a bedrock principle of equity and should apply just as easily in Dallas as it does in Manhattan.