There is a flag on the field: one man’s jailhouse motion to stop the 2014 NFL Playoffs!

“Jailhouse motions” are oftentimes filed by prison inmates to contest the legality of their conviction or sentence, and to seek new trials or revised 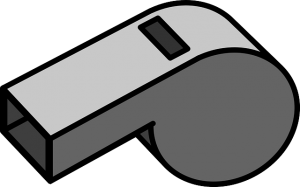 Daniel Spuck, an inmate in a Mercer, Pennsylvania County Jail, has apparently been rehabilitated in prison and, as evidenced by his recent jailhouse motion,  he has come to the realization that football is more important than his own freedom.

That’s why, instead of petitioning a court to reduce his sentence, he took the time and effort to file a motion against the National Football League (“NFL”)  in the U.S. District Court for the Western District of Pennsylvania seeking  “a temporary emergency injunction”  against the NFL to postpone its playoffs.

The basis?  Apparently, the Pittsburgh Steelers, Spuck’s favorite team, did not make the playoffs due to an incorrect officiating call during a regular season game.  Spuck requested that the Court order the NFL to rectify the situation by having the teams replay the play that was miscalled or by having his beloved Pittsburgh Steelers play a game against the team that improperly made the playoffs in their stead, with the winner going to the playoffs.

Since the NFL playoffs have already started, it would appear that the relief requested by Spuck was denied.  For a team famous for the play known as the “Immaculate Reception”, perhaps divine intervention would have been the more likely route for the Steelers to get into the playoffs rather than the legal arguments of  a prison inmate scrawled by hand on 2 pages.

A link to an article containing  Spuck’s motion can be found here: http://www.baltimoresun.com/sports/baltimore-sports-blog/bal-san-diego-chargers-nfl-playoffs-injunction-20140108,0,6127233.story