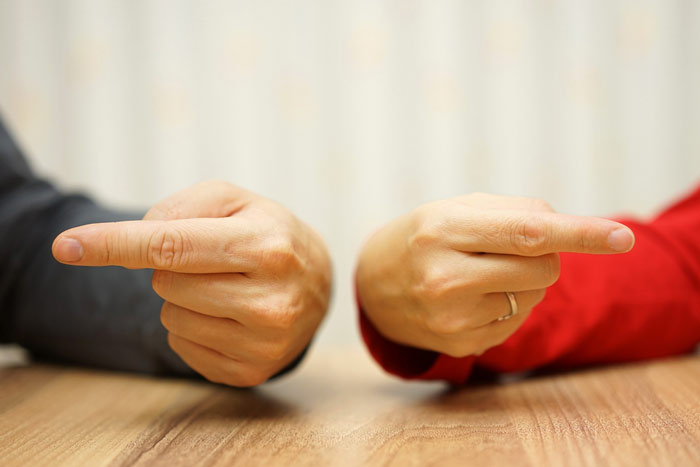 Overview of the new conflict of interest rules

In September, 2017, Governor Cuomo signed an amendment to Business Corporation Law (“BCL”) § 727 addressing conflict of interest rules regarding issues within Boards Directors of Co-operative Apartment Corporations (“Co-ops”) and Boards of Managers of Condominiums (“Condos.”)  The new law was effective January 1, 2018.

A Board member of a Co-op or Condo assumes a fiduciary duty to act in the best interests of the Co-op or Condo, and its apartment owners. Their obligation is one of undivided loyalty to the Co-op/Condo community in the building. A conflict of interest arises between a Board member and a Condo or Co-op whenever that loyalty is tested and the Board member has a particular personal, business or financial stake in a decision before the Board.

It is almost impossible to enumerate all instances where such a conflict of interest may arise.

As just a few examples, a conflict of interest arises whenever a Co-op or Condo:

In short, where a Board member stands to gain personally or financially, directly or indirectly, as a result of a transaction, other than generally as an apartment owner, then there is a strong chance that a conflict of interest exists.

Until now, when faced with a conflict of interest, it was generally sufficient for the affected Board member to disclose the conflict to the rest of the Board, whereupon the affected Board member was removed from further consideration of the matter. The balance of the, presumably nonconflicted, Board was then free to review the matter in good faith and on the merits.

About the new Conflict of Interest Rule:

The foregoing rules still apply, but BCL § 727 , the new conflict of interest rule, now provides for a further disclosure regimen from the Board to building apartment owners (shareholders in Co-ops and unit owners in Condos), and that disclosure can be extensive.

This is a bit of a conundrum and requires special mention.

A Board member/real estate broker who brokers the sale or lease of an apartment in his building has a conflict of interest. No question about it. After all, that broker has a personal financial stake in the Board’s vote.

But is this a conflict of interest founded in common law, or is it a conflict expressly defined in BCL § 713? Sounds like a distinction without a difference, doesn’t it?

This is important because a strict reading of BCL§ 727 provides that disclosures to building apartment owners only applies to directors who have a conflict of interest as statutorily defined in the peculiar language of BCL § 713.

The answer is, perhaps not.

In that regard, the language of BCL § 713 can be narrowly read as applying only to Co-op/Condo contracts with Board members directly, or transactions with “… any other corporation, firm, association or other entity in which [such Board conflicted member(s)] are directors or officers, or have a substantial financial interest…” (underscore added)  In other words, BCL § 713 applies to a sale or lease if a contract is between the Co-op/Condo and the conflicted Board real estate broker, or with any “entity” in which the real estate broker “has a financial interest.” Transactions with the broker’s customers (i.e. approvals or rejections of sales or leases), even where the broker stands to gain by a positive Board vote, seem to be excluded under a strict reading of BCL § 713.

Nonetheless, past learned and respected practitioners have published to the effect that Board member/real estate broker conflicts are, in fact, covered under BCL§ 713 (see:  Siegler/Talel, NYLJ, 7/5/2007 and again on 7/5/2017), despite what this author views as an apparent lack of statutory language to support that proposition. No one has really cared before because the material question was merely whether the conflict of interest existed or not. No further inquiry was required and it mattered little whether the conflict was defined by statute or existed under common law.

But now the sourcing of the conflict of interest – whether it is common law or statutory –  does matter.  If statutory, it may well trigger a separate building-wide disclosure obligation under BCL § 727.

Time, and perhaps case law or legislative correction, will determine if broker conflicts of interest need to be disclosed under  BCL§ 727.

Practical Tip: Co-ops and Condos should consider approaching this issue conservatively by making BCL§ 727 disclosures of Board member/brokered sales or leases to apartment owners.

Contents of the Annual Report

The annual BCL § 727 report to apartment owners must be signed by each Board member (the Managing Agent’s signature alone is not enough) and contain information regarding any contracts or transactions made, entered into, or otherwise approved by the Board on behalf of the Co-op or Condo with a Board member.

This annual report must include:

If the Board did not vote on any such contracts or transactions in the preceding year, then the Board shall instead certify to the apartment owners that “No actions taken by the Board were subject to the annual report required pursuant to § 727 of the Business Corporation Law.”

A practical tip: Condos and Co-ops should consider providing the BCL § 727 report with the annual financial report to shareholders/unit owners.

This is new law. It appears to be imprecisely drafted. So, there are bound to be nuances and kinks that need to be worked out.

For example, some thought is needed as to how to handle a Board member signing an annual BCL § 727 disclosure who may not have been on the Board for the entire disclosure year.

All Board members, including new members, must receive a copy of BCL § 713.

BCL § 727 does not contain any penalties for noncompliance.  But it would be risky to discount the disclosure statute simply because no provision is made for penalties.

For example, noncompliance could be taken as evidence of an inappropriately addressed conflict of interest. Further, statutes of limitations may be tolled unless BCL § 727 compliance occurs.

In other words, the time for a financially injured party to assert a claim arising from a conflict of interest, which ordinarily expires by statute over time, may not so expire, and a claim may remain timely, even after the expiration of the applicable statute of limitations, until BCL § 727 compliance occurs.

On the other hand, a fully disclosed BCL § 727 conflict of interest with longstanding apartment owner approval of the item, may argue for waiver by the Co-op or Condo of the applicable conflict.