JOHN McENROE SMASHES HIS WAY TO ANOTHER VICTORY.. IN A DIFFERENT KIND OF COURT.

Score another win for Johnny Mac! 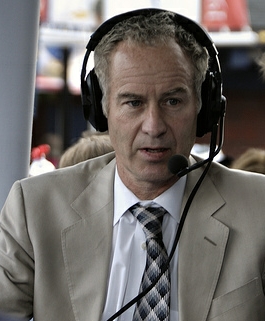 On August 20, 2013, a New York court saved the tennis legend and former “Superbrat,”  from a fraud by Lawrence Salander, the owner of the famed but now defunct, Salander-O’Reilly Galleries on Manhattan’s East Side.   Sander-O’Reilly was where the wealthiest of the “one-percenters” regularly plunked down 7 and 8 figures for some of the world’s most valuable art.

In 2004, McEnroe agreed to partner with Salander to purchase 2 paintings by Arshile Gorky known as Pirate 1 and Pirate II, for a total of $4mm; $2mm each.   With McEnroe’s backing then secure, Salander bought the paintings at auction in Paris in October, 2004.   McEnroe wired his $2mm share to Salander after the sale was successfully concluded.   Pirate I was delivered to McEnroe.  Pirate II was left with Salander for re-sale.

If only things stopped there.

Just in case this seems like a plot to a famous Mel Brooks’ movie …wait because there is more.

Having already received $6.3mm for the Gorky paintings, Salander then engaged with an old business colleague, Joseph Carroll, in a series of painting swaps with buy back options involving Pirate II, and other pieces from different artists.  It was a complicated series of transactions but at the end of the day, Pirate II wound up in Carroll ‘s possession in exchange for other paintings left in Salander’s possession 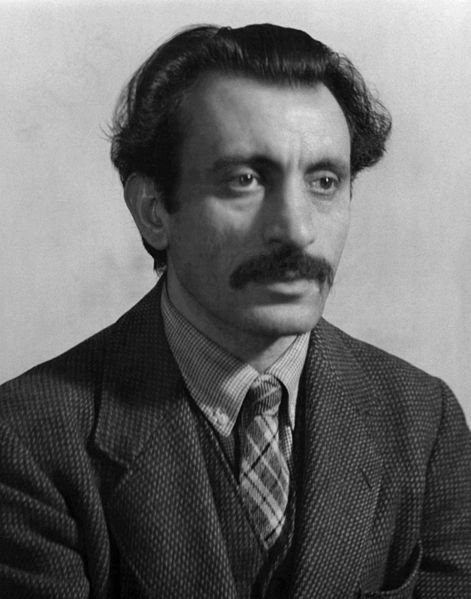 Salander eventually received his due when his famous gallery imploded and he was sentenced to a substantial prison term in 2010 for this and other fraudulent schemes.   After the dust settled on Salander’s crimes, the Court was left with how to allocate ownership of Pirate II between the competing claims of McEnroe, Bender and Carroll.

Some common sense and technical legal concepts are at play here. Chief among them is the Uniform Commercial Code doctrine of “entrustment.”    This provides that if you deliver (that is, “entrust”) a piece of artwork to an art merchant, and he wrongfully sells the artwork to an innocent purchaser, you have no rights against the purchaser – even though the dealer sold without your consent.  For sure, you can sue the art merchant who, hopefully unlike like our friend, Mr. Salander, is not then sitting in a federal prison cell.   But you cannot recover ownership of the piece from the innocent purchaser.

This doesn’t apply only to fine art.  For example, if you bring a valuable family jewelry heirloom to a jeweler to be restored, and the jeweler wrongfully sells the piece to an innocent purchaser, then you cannot recover ownership from the purchaser, though you can sue the jeweler for the loss.  Or, perhaps you have a Mickey Mantle autographed baseball which you bring to a sports collector/dealer for appraisal and it is sold without your knowledge.

In these cases the Courts acknowledge that both parties are innocent victims of the dealer’s fraud.  But the more innocent of the parties is the purchaser.   The “entruster” is in a better position to know the gallery/jeweler/sports memorabilia dealer and thereby detect and prevent the fraud.  Therefore, the entruster is allocated the risk of loss.

It’s also common sense.  If you fall in love with a piece hanging on the wall of an art gallery, you should be confident that the gallery owner will sell to you free and clear of claims.  The law does not impose a due diligence duty on you to conduct a full blown investigation on provenance as you walk out the gallery door with the piece under your arm.

So we return to Johnny Mac and Morton Bender, the entrusters in our story and Carroll, the purchaser by means of those complicated painting swaps.   McEnroe and Bender came to an agreement to join forces and share in ownership of Pirate II if they were successful.

So who deserves to win: The world renowned entruster and tennis legend, or the innocent purchaser?   The Court awarded the victory to…. the tennis ace!

So, what about all that stuff mentioned above about “entrustment” and Courts favoring the “innocent  purchaser” blah, blah blah…?   Well, that all depends on how one defines “innocent purchaser.”  If Carroll knew or should have known that Salander did not own the paintings then Carroll may not be deemed to be wholly innocent.  He was not a “good faith purchaser for value.”

In that regard, Carroll was a dealer himself, and the complicated swaps and buy-back options did not pass the smell test for the Court.  The prices allocated to some of the painting swaps did not sit well with the Court.  In the Court’s mind, even if Carroll wasn’t actually aware of the fraud, “red flags” existed which should have put Carroll, as a dealer, on notice that perhaps all was not pristine and pure with his transactions with Salander.  So, in a contest between an “entruster” and perhaps a “not-so innocent” purchaser, the entruster wins!

Ironically, this isn’t the first case involving Salander and Carroll whereby the existence of “red flags” demolished the “innocent purchaser” defense asserted by Carroll.  In a previous blog posting, we described a federal case involving some Stuart Davis paintings where the purchase prices paid by Carroll to Salander were simply too good to be believed.   Imagine that:  If the deal is too good, then “red flags” should be raised and the innocent purchaser defense should be disregarded.

If you are a dealer then…. Ouch!  The Salander/Carroll cases seemed poised, on their own, to re-write substantial law on who is a “good faith purchaser for value.”  Stayed tuned for that.

In any event, congrats go to Johnny Mac on a smashing victory!