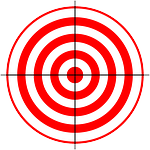 Who is going to tell the CEO of a huge multi-national that they have been noticed for a deposition in a pending litigation?

After all, high-ranking corporate and governmental officials, sometimes referred to as “apex witnesses,” have bright red bulls-eye targets on their backs.

Plaintiffs think that if they can create enough of a nuisance they can force big companies to settle even if the merits of the case do not justify settlement.  And how better to make a nuisance of yourself than to subject the CEO (an apex witness) himself/herself to the annoyance and hassle of a deposition?

Then imagine how many similarly situated plaintiffs are out there arrayed against the multi-national, with the same mindset.  Without protections from the courts, CEOs and other high-ranking corporate and governmental officials would be relegated to nothing more than full-time professional witnesses at the beck and call of anyone and everyone who can prepare and serve a formbook subpoena.

What is an Apex Deposition?

An “Apex Deposition” is one in which a party seeks to depose the highest level, or “apex” of the corporate opponent, whether that officer has personal knowledge of the matters at issue in the case or not.

Apex Depositions Are Disfavored in the Second Circuit

Jurisdictions across the country have come to recognize the undue risk and prejudice of Apex Depositions.  In the Second Circuit Apex Depositions are disfavored unless the executive to be deposed has unique personal knowledge of facts relevant to the action.  See, e.g., Alliance Industries, Inc. v. Longyear Holding, Inc., 2010 WL 4323071 at 4 (W.D.N.Y. March 10, 2010).

It goes without saying that the potential for abuse exists with the mere noticing of any deposition.  However, apex witnesses present special potential for abuse, harassment and attendant costs.  The mere diversion of the Apex officer’s valuable time, talent, effort and energies to attend to the discovery request will likely cause disruption.  This is particularly the case if the discovery request is a matter which can be addressed by lower echelon personnel, as is often the case.  Because of the possibility of business disruption and the potential for harassment, courts in the Second Circuit give special scrutiny to requests to depose high-ranking corporate and governmental officials (“apex witnesses”).  Id; see also Chevron Corp. v. Donzinger, 2013 WL 1896932 (S.D.N.Y. May 7, 2013).

Support for an Apex Deposition Rule can be found in the Federal Rules of Civil Procedure and the related advisory committee notes:

The advisory committee notes provide further support for an Apex Deposition Rule.  Specifically, they provide that: “the spirit of the rules is violated when advocates attempt to use discovery tools as tactical weapons rather than to expose the facts and illuminate the issues by overuse of discovery.”  Fed. R. Civ. P. 26 Advisory Committee Notes (1983).

Apex Witnesses Are Not Immune From Discovery

So, Who Has The Burden of Proof?

There is a split of authorityas to which side bears the burden of proof.  That being said, courts consider whether the proposed deponent has personal and unique knowledge of the relevant facts. Compare Burns v. Bank of America, 03 Civ. 1685, 2007 WL 1589437, at *3 (S.D.N.Y. June 4, 2007) (“Unless it can be demonstrated that a corporate official has some unique knowledge of the issues in the case, it may be appropriate to preclude a deposition of a highly-placed executive while allowing other witnesses with the same knowledge to be questioned.” (internal quotation marks and brackets omitted)) with Malletier v. Doonev, 04 Civ. 5316, 2006 WL 3476735, at *12 (S.D.N.Y. Nov. 30, 2006) (“[I]f a party seeks to depose a very senior official of an adversary entity, the adversary may obtain an order vacating the deposition notice if it can demonstrate that the proposed deponent has no personal knowledge of the relevant facts and no unique knowledge of those facts”); cf. Fermin v. Rite Aid of New York, No. 11 Civ. 12, 2012 WL 364035, at 2 n. 1 (S.D.N.Y. Feb. 3, 2012) (noting inconsistency in the SDNY as to which side bears the burden of proving unique knowledge and finding the more correct approach is allocating burden on the party resisting deposition).

New York courts have, in their own way, also recognized an additional layer of protection for senior corporate executives.

New York Civil Practice Law and Rules (“CPLR”) § 3101 provides that “[t]here shall be full disclosure of all matter material and necessary in the prosecution or defense of an action, regardless of the burden of proof, by: (1) a party, or the officer, director, member, agent or employee of a party….”  However, that broad discovery rule is tempered.  Under CPLR § 3103 (a), the court may “make a protective order denying, limiting, conditioning or regulating the use of any disclosure device.  Such order shall be designed to prevent unreasonable annoyance, expense, embarrassment, disadvantage, or other prejudice to any person or the courts.”

Under New York law “[i]t is well established that a corporation has the right in the first instance to determine which of its representatives will appear for an examination before trial.”  Barone v. Great Atl & Pac. Tea Co., 260 A.D.2d 417-18 (2nd Dep’t 1999) (Court affirmed the denial of a motion to compel depositions, based upon the defendant’s production of “two knowledgeable witnesses who testified with respect to the underlying incident,” and the plaintiff’s failure “to show that those witnesses had insufficient knowledge or were otherwise inadequate, and that the proposed witnesses possessed information which was material and necessary to the prosecution of the case); see also Defina v. Brooklyn Union Gas Co., 217 A.D.2d 681, 682 (2d Dep’t 1995) (“party seeking to depose additional witnesses must make a detailed showing of the necessity for taking further depositions”); Arendt v. General Elec. Co., 270 A.D.2d 622, 622-23 (3d Dep’t 2000)(trial court’s denial of plaintiff’s motion to depose defendant’s chief executive officer affirmed, where record revealed managers of defendant were already produced for deposition, plaintiffs failed to establish that these managers lacked sufficient knowledge of the facts to produce “material and necessary” evidence and that “chief executive officer actually possessed necessary and relevant information germane to their lawsuit such that he too should be produced”).