An Introduction To New York’s Fine Art “Multiples” Law: Some Protection For Purchasers of Multiples 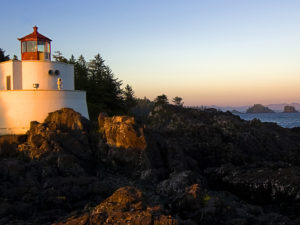 Defining “Multiples” Under the ACAL

Under the ACAL, “Multiples” means “prints, photographs, positive or negative, sculpture and similar art objects produced in more than one copy and sold, offered for sale or consigned in, into or from this state for an amount in excess of one hundred dollars ($100) exclusive of any frame….”  Id.  at § 11.01(21).

Article 15 of the ACAL requires every art merchant who sells artworks produced as multiples to provide certain information including, by way of example, the name of the artist; whether the multiples are signed; the medium or process; the use of a master; the time produced; and the size of the edition.  See Id.  §§ 15.03, 15.05, 15.07 and 15.09.  Note that older works require less information (e.g., pre-1900 works require less information pursuant to Section 15.09).  The information provided creates an express warranty and, even applies to transactions between art merchants involving multiples (with only a minor exception).

The Warranties For Multiples Under Article 15 of the ACAL

For multiples produced after January 1, 1982, the number of multiples stated “shall also constitute an express warranty … that no additional multiples of the same image, whether designated ‘proofs’ other than trial proofs, numbered or otherwise, have been produced in an amount which exceeds the number in the limited edition by twenty or twenty percent, whichever is greater.  Id. § 15.03(6)(c).  “If the number of multiples exceeds the number in the stated limited edition[,] … the number of proofs other than trial proofs, or other numbered or unnumbered multiples, in the same or other prior editions, produced from the same master … and whether and how they are signed and numbered” must be stated. Id.  § 15.03(6)(d).

Violations of Article 15 warranties carry potentially steep penalties.  Purchasers of multiples may recover from the art merchant treble damages and attorneys’ fees if an art merchant offers, consigns or sells a multiple and: